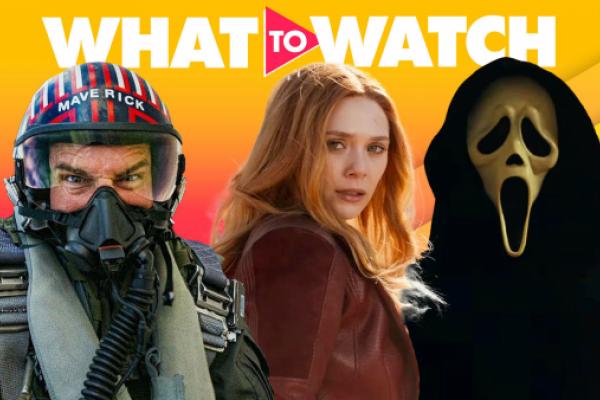 The movie industry ended 2021 on a high note, with “Spider-Man: No Way Home” turning in $253 million in domestic box office revenue in its opening weekend. A packed lineup of blockbusters for 2022 and the potential return of moviegoers could set up well for movie theaters and movie studio companies.

What Happened: The 2021 box office looked different from past years, but showed improvements over the 2020 box office performance.

Walt Disney Co (NYSE: DIS) and Sony Corp (NYSE: SONY) had the four highest grossing movies with “Spider-Man: No Way Home,” “Shang-Chi and the Legend of the Ten Rings,” “Venom: Let There Be Carnage” and “Black Widow.”

Only three movies in 2021 grossed more than $200 million domestically. The 2020 box office performance saw only five movies gross $100 million or more, with three of the five movies being carryovers from the 2019 release schedule.

Related Link: Analysis: The Hits And Misses Of The 2021 Movie Year

The 2022 Movies: IMDB, the internet’s movie database now owned by Amazon.com Inc (NASDAQ: AMZN), recently shared the most anticipated movies for 2022. The results are based on the site’s 200 million monthly visitors and the 2022 movies that saw the most page views.

1. The Batman: The latest movie in the Batman franchise is called “The Batman” and stars Robert Pattinson. The movie will be released on March 4, 2022 and comes from the AT&T Inc (NYSE: T) umbrella. The last two standalone Batman movies, “The Dark Knight” and “The Dark Knight Rises,” both grossed over $1 billion worldwide. Expectations are high for the newest Caped Crusader, and a strong reception could mean good things for AT&T and its movie division.

2. Scream: A potential box office surprise could be the fifth movie in this horror movie franchise, given a title of “Scream” and ranking second by IMDB searches. The movie comes from ViacomCBS Inc (NASDAQ: VIAC) and has a release date of Jan. 14. The previous four movies in the franchise grossed in the $100 million to $200 million range; the franchise has a large built-in fan base, although the movies were all released over 10 years ago.

3. Thor: Love and Thunder: The highest ranked Disney movie on the list is the latest in the Thor franchise from Marvel Comics. “Thor: Love and Thunder” is scheduled to be released July 8. Revenue numbers for the Thor movies have improved with each release: the 2017 hit “Thor: Ragnarok” grossed $315 million domestically and $854 million worldwide.

4. Top Gun: Maverick: The highly anticipated sequel “Top Gun: Maverick” stars Tom Cruise and hits theaters on May 27. The 1986 release “Top Gun” grossed $180 million domestically and more than $350 million worldwide. The movie gets a Memorial Day weekend release, which could help its box office performance and make it one of the biggest hits of the 2022 summer season. The movie comes from ViacomCBS.

5. Killers of the Flower Moon: The only movie to rank in the IMDB top 10 for a streaming company is “Killers of the Flower Moon.” Directed by Martin Scorsese, the book adaptation will be distributed by ViacomCBS unit Paramount Pictures and Apple Inc’s (NASDAQ: AAPL) Apple TV+. The movie stars Leonardo DiCaprio and Robert De Niro, each of whom have worked with Scorsese five and nine times, respectively. The movie doesn’t have a release date, but is scheduled for 2022.

9. Uncharted: The successful “Uncharted” video game from Sony unit Naughty Dog gets a big screen adaptation. The movie stars Mark Wahlberg and Tom Holland and is scheduled for a Feb. 11 release. The movie could get a boost from the trailer being shown before the latest “Spider-Man” movies and the fact that it features Holland in the starring role.

10. The Flash: Another superhero movie ranks 10th on the list with “The Flash” from DC Comics and AT&T. The movie is scheduled for a Nov. 4 release. The movie stars Ezra Miller as The Flash, who appeared as the character in the 2017 “Justice League” movie, which grossed over $650 million worldwide.

Benzinga’s Take: Many may be surprised to see only two Disney titles in the top 10 searched 2022 releases. The studio will likely have little trouble producing blockbuster films, although the stocks to watch could be the other names on the list.

ViacomCBS ranks first with four titles on the list, including the return of several franchises to the big screen.

AT&T has two names on the list and ranks first with “The Batman.” The stock has been hit over the last several years and the strength of the movie division could be a major story to watch in 2022 thanks to DC Comics adaptations.

A sustained decline appears not favoured

Why Amazon Is Bragging About Netflix’s ‘Wednesday’