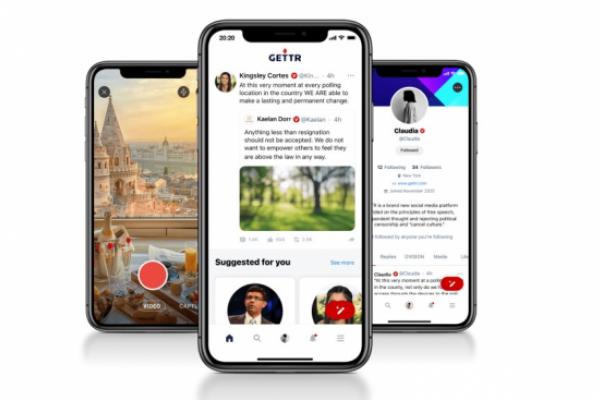 On Sunday, the social media platform Gettr landed a highly prominent new member with the arrival of podcast host Joe Rogan. Gettr issued a statement that claimed more than 500,000 new users created accounts on the platform after Rogan’s arrival.

Rogan used his new Gettr account to assure his fans he would be able to maintain an active social media presence in the event his often-controversial comments would result in a temporary or permanent suspension from Twitter Inc (NYSE: TWTR), where he has 7.8 million followers.

“Just in case sh-t over at Twitter gets even dumber, I’m here now as well,” said Rogan on his Gettr page. “Rejoice!”

What Happened: Gettr was created and launched on July 4, 2021, by Jason Miller, an aide to former President Donald Trump.

Many conservatives have blamed the major social media sites for censoring their messaging and preventing the participation of right-wing figures. In the aftermath of the Jan. 6 riots on Capitol Hill, Twitter was among the social media companies that banned Trump from using their platforms for messaging.

Gettr is similar in presentation style to Twitter, although the site’s earlier months mirrored the problems at Gab and Parler with a flood of extremist content — the app gained an “M” rating from app stores warning users of the mature subject matter.

What Happens Next: Miller stated that Gettr recorded 500,000 users when it was first launched and now has 4 million members, but these numbers have never been independently audited

Miller told Forbes that he expected the presence of prominent users such as Rogan to attract even more attention.

“When Joe Rogan says that the establishment social media giants might get ‘even dumber,’ people listen and join the migration,” said Miller.

But one person is conspicuously absent from Gettr: despite his connection to Miller, Trump does not have a Gettr account, nor is he found on Gab and Parler even though both sites openly invited him to join.