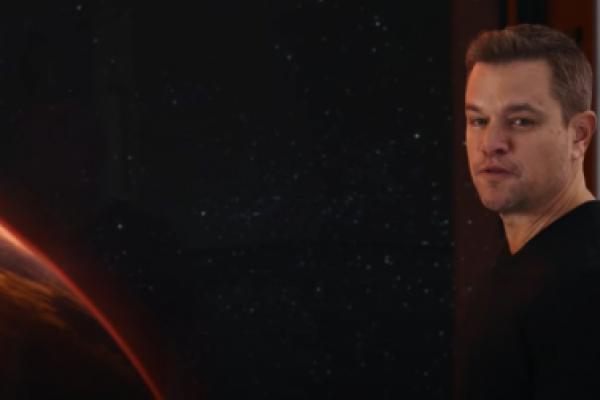 An advertisement for Crypto.com starring actor Matt Damon that has been online since late October is now trending on Twitter (NYSE:TWTR) – and Damon is getting some of the most negative reviews this side of “Suburbicon.”

What Happened: Last October, the Singapore-headquartered Crypto.com announced it was launching a global marketing campaign featuring Damon in an advertisement titled “Fortune Favours the Brave,” directed by the Oscar-winning cinematographer Wally Pfister and produced by David Fincher. In a press statement, the company said the advertisement highlights its “own ethos, while inspiring those who want to change the course of history with a timeless phrase first uttered thousands of years ago.”

The one-minute advertisement finds Damon walking through a museum-type structure while telling the viewer “History is viewed with almosts – who almost adventured, who almost achieved, but ultimately for them it proved to be too must.”

Then Damon turns his attention to “the ones who embrace the moment and commit.” Damon reminds the viewer that these brave men and women who pushed scientific and technological knowledge through exploration of the land, air and outer space were fueled by “four simple words that have been whispered by the intrepid since the time of the Romans: fortune favors the brave.”

What Happened Next: Crypto.com posted the advertisement on YouTube on Oct. 28, and it has run on television networks in more than 20 countries. For no clear reason, prominent entertainment and media industry members on Twitter took a new look at it today and gleefully roasted Damon and the contents of the advertisement.

Novelist and screenwriter Paul Rudnick sought a backstory to the ad by tweeting, “In Matt Damon’s weird ad for cryptocurrency he says ‘Fortune favors the brave.’ Which is also: 1) The name of Matt’s upcoming film where he plays a cowboy named Fortune Brave 2) What Matt told Ben about getting back together with JLo 3) How Matt’s accountant got him to do the ad.”

Adam H. Johnson, co-host of the Citations Needed podcast, tweeted that the “saddest thing about Matt Damon’s macho-baiting crypto pitch where the viewer must ACT NOW or he’s a weak pussy is that this is a top 3 classic pitch all financial schemes have used to goad men into forking over their paltry savings. Nothing has changed in 150 years.”

Ken Klippenstein, a writer with the Intercept, also considered the financial aspects when he tweeted, “Matt Damon doing a crypto ad. Jesus Christ does he not have enough money already.”

Washington Post reporter David Weigel found a bit of crypto history sneaked into the ad, tweeting, “My favorite part of the ad is that the South Asian female astronaut has a name tag reading “Satoshi,” i.e. Satoshi Nakamoto. Would have loved to listen in on that part of the ad pitch.”

And Carole Cadwalladr, a financial writer with the U.K. publications The Guardian and The Observer, took a slam at both Damon and crypto by tweeting that “there isn’t enough yuck in the world to describe Matt Damon advertising a Ponzi scheme and comparing it to the moon landings.”