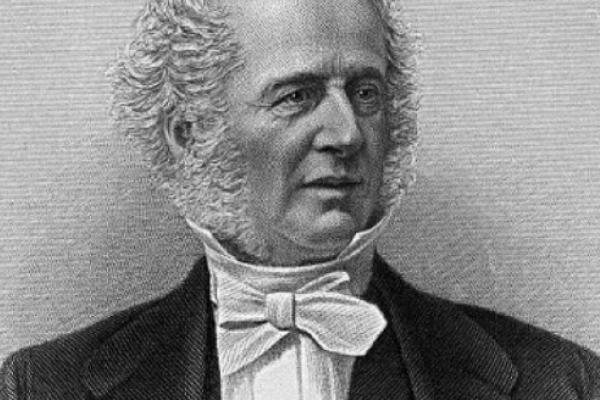 Each day, Benzinga takes a look back at a notable market-related moment that occurred on this date.

What Happened: On this day 133 years ago, Cornelius Vanderbilt, the world’s richest man, died.

Where The Market Was: Vanderbilt’s death predated both the S&P 500 index and the Dow Jones Industrial Average.

What Else Was Going On In The World: In 1877, Henry Ossian Flipper became the first African American to graduate from West Point Military Academy. Inventor Thomas Edison demonstrated his first working phonograph model.

A pound of rice cost about 9 cents.

Vanderbilt’s Legacy: Cornelius Vanderbilt was born on May 27, 1794, on Staten Island, New York. Vanderbilt’s legendary business career reportedly started at age 11 when he dropped out of school to help his father ferry cargo and passengers between Staten Island and Manhattan.

By age 18, Vanderbilt was contracted by the U.S. government to use his ferry business to supply military outposts during the War of 1812. It was during this period that he earned his famous nickname “The Commodore.”

By the 1850s, Vanderbilt had acquired stakes in several railroad companies, including the New York Central Railroad. Vanderbilt’s railroads became the first to offer rail service from New York to Chicago in 1873.

Vanderbilt was never known for his philanthropy, but he donated $1 million to Central University in Nashville, Tennessee prior to his death. The school would later be renamed Vanderbilt University.

At the time of Vanderbilt’s death, he was reportedly worth about $100 million, making him the wealthiest person in the world at the time.

Watch Tyre Nichols Skateboarding in a Celebration of His Life

FDA Classifies Recall of Getinge’s Heart Devices as Most Serious

Binance Smart Chain: What Is It?