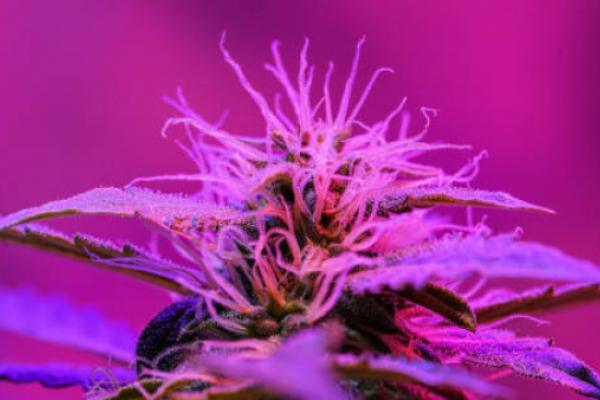 This article was originally published on The Bluntness and appears here with permission.

What are cannabis terpenes? Better yet, what is your favorite cannabis strain and why?

In fact, if you only focus on THC versus CBD when selecting cannabis products, you’re doing it wrong.

The truth is that everything we love about cannabis is underpinned by a range of fascinating molecules that make up the plant’s various scents and psychoactive effects.

In other words, cannabis flowers possess a variety of complex phytochemical cocktails. The more you learn about these advantageous chemical constituents, the more you’ll understand why you like specific cannabis strains or dislike others.

While the cannabinoid family often occupies the limelight – every herbal enthusiast knows their THC from their CBD – a lot of cannabis lovers overlook the beautiful chemistry of terpenes.

Not only do these pungent molecules give rise to the diverse tastes and smells in the world of weed, but they also directly impact the effects of each cultivar.

Continue reading to dive into the nature of terpenes. Learn about their function in the cannabis plant, how they impact the human body, and how they exert such diverse psychoactive effects when combined with cannabinoids. Then, we’ll explore some of the most common terpenes found in cannabis.

What Are Cannabis Terpenes?

Terpenes are aromatic hydrocarbons found throughout nature. They make up the refreshing scent experienced while strolling through a pine forest, and the citrus aroma released when peeling an orange or lemon.

In short, terpenes also explain why there are so many different types of cannabis strains.

The cannabis plant features over 200 terpenes which are manufactured in varying combinations within minute mushroom-shaped crystalline structures known as trichomes. These glands reside on the surface of the leaves and flowers where they work tirelessly to synthesize both terpenes and cannabinoids in specialized cells, eventually releasing them within a viscous resin.

But cannabis plants don’t just produce terpenes to enrapture the human sense of smell. These molecules play an important role in the survival of the species. Categorized as secondary metabolites, terpenes aren’t involved in the growth or reproduction of plants. Instead, they work to protect plants from would-be predators.

Unlike us animals, cannabis plants aren’t equipped with teeth, claws, or the ability to move. Rather, they depend on chemical warfare to keep themselves safe. The intense aromas and tastes of terpenes help to deter pest insects and grazing herbivores.

Additionally, these multifaceted molecules also help plants to regulate their temperature. Due to their volatile properties, they evaporate when exposed to heat, creating subsequent airflows that protect plants from intense temperatures.

Now you know why cannabis plants invest so much energy into crafting these smelly chemicals. But enough about our botanical buddies. Next, we’ll explore the very basics of how terpenes work in the human body and how they impact the therapeutic properties of cannabis.

You might be familiar with the impressive medicinal effects of cannabinoids such as THC and CBD. However, terpenes also play a fundamental role in the therapeutic effects of the herb.

After taking a hit from a joint or vape, terpenes pass through the alveoli of the lungs and into the bloodstream. From here, they interface with various elements of our physiology, including systems that influence mood and pain. Admittedly, the research surrounding cannabis-derived terpenes remains early. Despite this, scores of animal and cell studies indicate what future clinical trials may yield.

Terpenes certainly display interesting qualities when tested in isolation, but their true magic shines through when they work in ensemble with other cannabis phytochemicals – just as nature intended.

The Entourage Effect: How Terpenes Influence The Cannabis High

You may have seen the term “full-spectrum” floating around when browsing for cannabis products, but what does this mean? Simply put, these extracts make use of terpenes, flavonoids, and other cannabis compounds – not just cannabinoids – to catalyze a synergistic phenomenon known as the entourage effect.

While THC produces the cannabis high, terpenes are responsible for the sheer variation that we are lucky enough to enjoy. They are the reason why one strain will put you in the mood to sink into the couch and chow down, whereas another will motivate you to reach for your guitar or paintbrush and unload your creativity.

We can compare the entourage effect to the complexity of music. Look at THC as the melody  –  the core arrangement of notes that make a song recognizable. In this case, terpenes play the role of a harmony. These notes act above and complement the melody through a sonically pleasing interplay.

Ultimately, terpenes wield great influence over the effects of each strain. The presence of sedating terpenes explains why some people don’t enjoy smoking Purple Urkle, whereas others bask in the body high. We encourage readers to get to know the terpene profile of their favourite strains. If your dispensary ever runs out, you can easily fall back onto other varieties with similar phytochemical compositions.

This cannabinoid-terpene synergy also spills over into the medicinal effects of cannabis. When administered in combination, terpenes appear to modulate the effects of different cannabinoids. For example, linalool may help to bolster the anti-anxiety effects of CBD and CBG, whereas neriodiol enhances the sedative action of THC and CBN.

Terpenes are changing how we view the psychoactive effects of cannabis. Going forward, researchers forecast an industry where breeders develop strains exceptionally high in selected phytochemicals to tailor plants towards specific medical maladies and recreational desires. Moreover, terpenes are also beginning to alter the way we categorize the herb.

Terpenes are Carving Out a New Paradigm

Cannabis culture features its own lexicon of buzzwords. Among these, two of the most prominent are the terms “indica” and “sativa”. These two words denote primary subtypes of cannabis. Indica plants are typically shorter and bushier, feature thick-fingered fan leaves, and are traditionally thought to produce sedating effects.

In contrast, sativa cultivars are tall and lanky, possess thin-fingered fan leaves, and were previously only associated with stimulating sensations. Whether you’re paying a visit to a Californian dispensary or a Dutch coffee shop, you’ll likely experience both of these terms being attributed to these corresponding effects. However, these formerly concrete definitions are starting to show some cracks.

Although their morphological differences are obvious, things are becoming less black and white in regards to the effects of each subtype. In fact, researchers are calling for an overhaul of the terms “strain” and “cultivar”. Instead, they suggest the term “chemovar” (chemical variety) best distinguishes different types of cannabis.

Terpenes are responsible for this complexity and subsequent paradigm shift. Testing for phytochemical profiles using chemovar mapping allows us to step away from the loose idea that a strain name implies a specific effect. Afterall, terpene profiles don’t always align with indica and sativa labels, and they even change within samples of the same strain!

Terpenes continue to blow our minds, and we’re sure you’ve taken an interest in them by now. As these molecules proceed to change our understanding of cannabis, we want to help you get to know them on a more intimate level.

With over 200 terpenes present in cannabis flowers, gaining a solid understanding of all of them remains intimidating and – due to a lack of research – impossible. With that said, we have a thorough knowledge of the primary cannabis-derived terpenes. These molecules occur in large quantities in cannabis and contribute significantly to the effects we know and love.

As the most common terpene found in cannabis, myrcene plays a large role in the quintessential cannabis high. The molecule produces the deeply relaxing and sedating effects often attributed to indica varieties. Myrcene works to bolster the anti-inflammatory effects of CBD and adds a spicy and earthy taste to buds.

Your favourite energizing strain probably contains high levels of this terpene. Limonene interfaces with serotonin receptors, elevates the mood, and gets the cogs of the brain turning. Aside from its motivating effects, limonene also treats users to tastes of citrus and fruit.

Walking through the woods feels so good that it earned its own name in Japanese: shinrin yoku (forest bathing). Strolling among the trees fills your lungs with high levels of pinene, a terpene that serves to enhance mood and cognition. You’ll know you’re inhaling pinene when you experience tastes of pine and wood rolling across your taste buds.

Beta-caryophyllene also occurs in freshly crushed black peppers and plays the role of both a terpene and a cannabinoid. The molecule latches on to the CB2 receptor of the endocannabinoid system where it exerts anti-inflammatory effects. Research continues to explore the potential of beta-caryophyllene to treat some forms of addiction.

There’s More To Cannabis Than Cannabinoids

We hope this brief insight into terpenes has deepened your understanding of cannabis phytochemistry. Not only do terpenes explain all the different smells and tastes found in cannabis, they also directly impact and influence every high you experience. This newfound wisdom will enable you to appreciate the complexity of cannabis, and you’ll be more than ready to embrace the future twists and turns of the cannabis industry.