Straight to the Point

Coffee beans begin to go stale after two to three weeks, and that process can be sped up due to improper storage. Coffee canisters are designed to keep coffee fresh for longer. There are three types of coffee canisters: airtight, displacement, and vacuum. However, we found that only vacuum-style canisters made a notable difference in freshness. Coffee bags with a zip seal top and a one-way valve did a pretty good job of keeping coffee fresh, but if you really want one, consider a vacuum-sealed canister like the Fellow Atmos.

Most bags of coffee have enough beans to make about 16 cups. Of course, this depends on how you brew your coffee. But, roughly speaking, if you drink a cup of coffee a day, a typical bag will last about two to three weeks—that’s approximately how long most roasters would estimate a bag of coffee stays fresh.

Not everyone finishes a bag of coffee within that time frame, and you might have noticed the brew from the last batch of beans tastes significantly different than the first. When roasted coffee begins to stale, all of its the lovely components—the aromatics, sweetness, and acidity—start to fade. Over time, your coffee might begin to taste flat, even rancid. So what’s an occasional coffee sipper to do as they slowly work through their bag of beans? What about the coffee aficionado who buys multiple bags of beans, toggling through their selection but ultimately slowing down how quickly they go through their stash?

One possible solution is to store your coffee in a coffee canister: some sort of container whose expressed purpose is to keep coffee fresher, longer. But do you really need one? Or is storing it in its bag just as good? We tested out three different types of canisters to figure it out.

What Is Fresh Coffee, Anyways?

Freshness in coffee is a weird thing. For one, it’s not quantifiable—there’s no real expiration date, although some bags do have somewhat meaningless dates that are one to two years after roasting (and some roasters are experimenting with “best by” dates). And regardless, coffee doesn’t go bad in a way that can make you sick. If you drink a very old bag of coffee, the worst it can do is taste…not great. Also, freshness can’t be visually assessed just by looking at the beans, and there’s no one flavor or giveaway sign that a coffee’s stale.

I talked a little bit about freshness in my breakdown of coffee blooming and bubbles. Coffee is an agricultural product—basically, think of it like any other food item we grow and eat—and like most foods, oxygen is what causes coffee to stale. Roasting creates carbon dioxide (CO2) inside of coffee beans, and, in a way, CO2 acts almost as a shield around coffee, protecting it from oxygen. But CO2 eventually leaves coffee beans in a process called degassing, so coffee begins to lose that protective layer over time.

However, unlike most food items, freshness does not have a linear relationship with flavor and quality: in fact, most roasters would recommend letting your coffee rest for at least a few days after roasting, and our understanding of resting and peak freshness has morphed over time. I remember when I first started as a barista and thought anything five to seven days off-roast was old, and now I barely bat an eye at a coffee that’s been resting for two-plus weeks. CO2 acts as a shield against coffee going stale—but it also acts as an inhibitor to extracting flavor from your grounds. Some folks even recommend waiting as long as eight weeks to enjoy a bag of beans, depending on the roast profile—lighter roasted coffees will release CO2 slower than darker roasted beans because their cellular structures aren’t as open (so CO2 has a harder time moving through the inside of a coffee bean, even though less CO2 is created with lighter coffees).

And, just to complicate things more, it’s important to note that “resting” a coffee usually means storing it in a container with a one-way valve (the valve lets CO2 out as the coffee degasses but doesn’t let oxygen in)—not simply that a bag of beans will stay tasty for that long. Every time you open a bag of beans and jostle it around, you’re displacing CO2 and letting oxygen in. Some coffee roasters even go as far to recommend only scooping beans out from the very top layer of your bag so as not to disturb the coffee below. Freshness is such a complicated topic in coffee that scientists are studying how it works to understand better what’s going on as coffee stales.

If you were to ask me 10 years ago if coffee canisters were a necessary coffee tool, I would have said yes. I remember a time where leading coffee brands used what essentially amounted to a fancy version of a brown paper bag for their packaging, closing the tops with a tin tie—which did nothing to preserve freshness.

But now? Almost all coffee bags have two really key features to preserve freshness: one, they almost all have a one-way valve, which I mentioned earlier. One-way valves make sure that the CO2 from your degassing coffee has somewhere to go. But secondly: most coffee bags have zip top seals, making them an effective displacement container, especially if you take the added step of squeezing the excess oxygen when you seal the bag. Some coffee companies go an extra step, doing things like nitrogen flushing the bag to displace oxygen when being sealed.

In this test, I used the bag my coffee came in not just as a control, but also as a viable coffee canister in its own right. I wanted to see if the zip top closure and the one-way valve did enough to keep coffee fresh.

Although most coffee canisters claim to do the same thing—keep coffee fresh—not all canisters are made the same. Coffee YouTuber James Hoffmann tested out a range of coffee canisters on his channel, and he sorted them based on three categories:

Hoffmann’s video tests about a dozen coffee canisters, and he picks one canister in each category that he thinks performed well, although he notes at the end of testing that he didn’t see a huge difference in flavor between the styles of canisters. 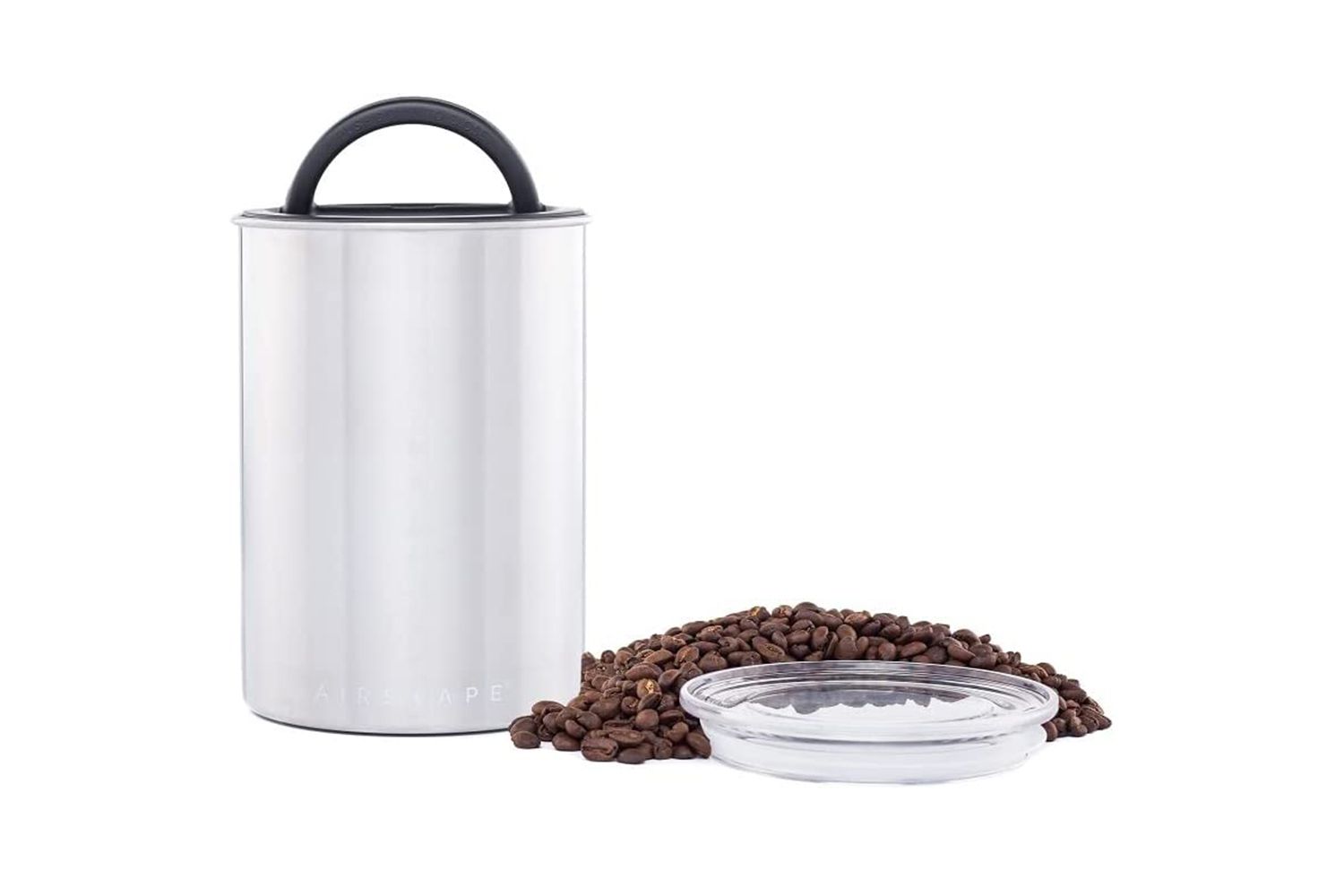 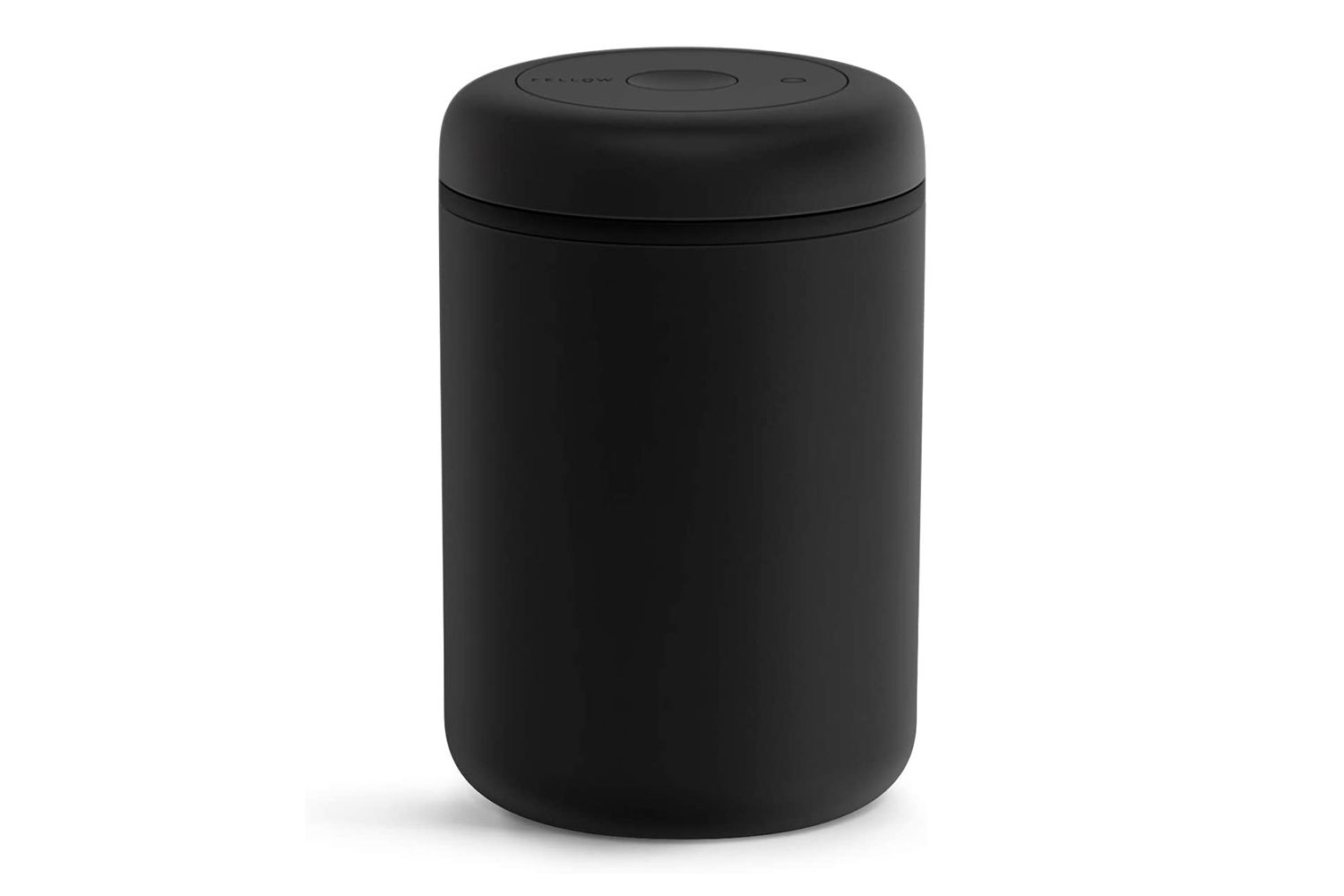 I wanted to really hone in on that observation. I can speak on and on about freshness and its complexity, but in a real life scenario where I’m just brewing coffee at home, would I be able to tell the difference, taste-wise, between each style of canister? I chose the three canisters Hoffmann singled out—the Coffeevac, the Airscape, and the Fellow Atmos—each representing a category of canister styles, to put his final conclusion to the test.

I ordered a coffee roasted by my friends at Lost Sock Roasters in Washington, D.C., and I specifically picked a darker-roasted coffee to speed up the oxidation process. My coffee was roasted on October 19th, I opened it on October 26th, and divided out four equal doses of coffee amongst the three containers and the bag that the coffee came in (which featured a zip top and one-way valve). I then left the canisters alone for eight days, and then brewed coffee with beans from each container using a Kalita Wave and a brewing recipe of 30 grams of coffee to 500 grams of water.

Each canister worked a little differently:

I decided that I wanted to primarily rely on taste assessments here because I saw a disconnect between how we talk about freshness and the actual implications freshness has on the way folks at home were consuming coffee. Sure, a coffee that’s been open for a month might not be super fresh, but if it still tastes good, that shouldn’t matter. Likewise, I saw folks recommending super long resting times, but that felt impractical for most home consumers. How many people are buying bags of coffee to let sit on their shelves for weeks before opening?

However, I did want to see if the canisters would effect brewing times: in general, coffee goes through sort of a bell curve in terms of how quickly it brews. Samo Smrke, a scientific associate at the Zurich University of Applied Sciences, did an experiment with espresso extraction and found that “very fresh coffee was flowing fast. A coffee that aged a bit flows slower but then once it’s getting really old, it starts to flow again faster.” I wasn’t sure if this was replicable with drip brewing, nor did I duplicate Smrke’s brewing conditions (they used, as they described during their talk with the Specialty Coffee Association, “a fresh coffee, a two months old coffee, and a days old coffee.”) However, all the brewing times were within 20 seconds of one another: