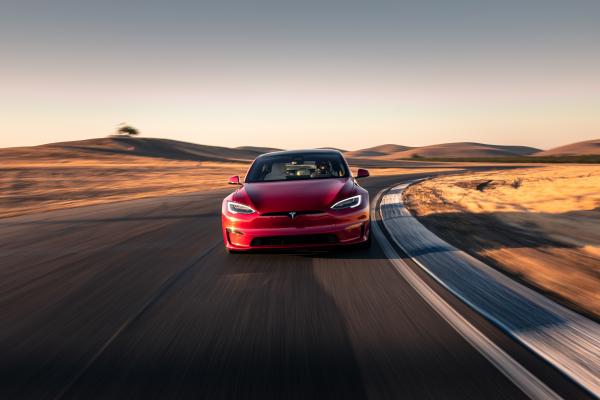 Tesla, Inc. (NASDAQ: TSLA) reported record quarterly and annual deliveries that exceeded the most optimistic Wall Street forecasts. The strong performance came against the backdrop of supply-side constraints that derailed production plans of many automakers, and intensified competition in the EV space.

What Happened: Tesla’s fourth-quarter deliveries came in at 308,600 units, the company said in a statement on Sunday. This represented a roughly 28% quarter-over-quarter increase from the 241,300 cars delivered in the third quarter. On a year-over-year basis, the change was about 71%.

RBC Capital Markets analyst Joseph Spak said in a recent note that he expected deliveries of 285,000 units, basing his prediction on a combination of his industry checks, regionally reported data and App download data.

The total tally for the fourth quarter comprised of 296,850 Model 3/Y vehicles and 11,750 Model S/X vehicles. Both metrics increased from the third-quarter numbers of 232,025 units and 9,275 units, respectively.

Tesla does not break down deliveries geographically, but China Passenger Car Association, an industry body, releases Tesla’s monthly sales tally in China, one of the EV maker’s key markets.

Tesla cautioned that its delivery count should be viewed as slightly conservative, as it counts a car as delivered only if it is transferred to the customer and all paperwork is correct. Final numbers could vary by up to 0.5% or more, it added.

What Lies Ahead: GLJ’s Johnson expects a big beat from Tesla when it reports its fourth-quarter results.

RBC’s Spak said the focus will be on financial items such as gross margins and cash flow, and future developments such as capacity build-outs, battery tech, and progress on the company’s in-house 4680 cells, FSD etc.

With Elon Musk signaling that he will take part in the fourth-quarter earnings call after missing the meeting in the previous quarter, the analyst expects an update on the product roadmap. The company is likely to maintain its high-level mid-term guidance of about 50% growth, he added.

“In our view, 2022 forecasts for TSLA are more about pace of capacity expansion (Germany, Texas) and supply than demand,” the analyst wrote in the note.

Tesla’s shares ended 2021 with a gain of about 50%. Loup Fund’s Gene Munster believes Tesla stock could be worth $2,500 in about five years.

In the near term, Munster expects Tesla deliveries to exceed the consensus expectations of 1.2 million unit for 2022.

Related Link: China to Cut EV Subsidies By 30% In 2022: What That Means For Tesla, Nio, XPeng And Others