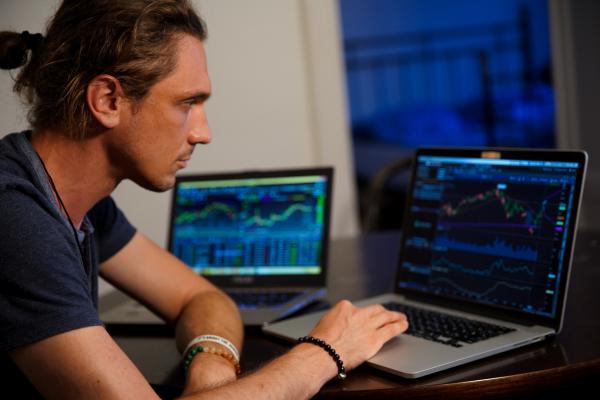 Many of Benzinga’s most read stories in 2021 centered on the world of cryptocurrency, with Dogecoin (CRYPTO: DOGE) receiving huge interest from investors and readers. That didn’t stop investors from searching for many different stock tickers on Benzinga Pro throughout the 2021 year.

Here are the ten most searched for tickers on Benzinga Pro in 2021.

Apple ended the year with a market capitalization of $2.9 trillion, coming close to the $3 trillion mark. The world’s most valuable publicly traded company was the second most searched ticker on Benzinga Pro in 2021. Apple was the most searched for ticker in the third and fourth quarters, and ranked fourth in the first quarter and third in the second quarter.

One of only two stocks in the top ten most searched for tickers that ended the year negative was Chinese electric vehicle company Nio. The electric vehicle company could be in for an eventful 2022 with increased competition and China cutting EV subsidies. Investors will be watching to see if expansion into European countries and a rumored U.S. launch could help boost the stock.

Another popular stock in 2021 was video game retailer GameStop, which like AMC was in the middle of the retail investor versus hedge funds and short sellers storyline. Shares of GME were up significantly in January and February. The ticker was the most searched for on Benzinga Pro in the first quarter and ranked seventh in the second quarter. The ticker dropped out of the top ten in the second half of the year.

Software and data company Palantir was the seventh most searched for ticker in 2021, its first full year as a public company after a September 2020 IPO at $10 a share. The company was one of the most talked about companies throughout the year and ranked as a top ten searched for ticker in the first and second quarters on Benzinga Pro. The stock was one of two of the top ten most searched tickers with a negative return in 2021.

With over $450 billion assets under management, SPY is the largest ETF globally. The ETF mirrors the S&P 500, which holds a basket of 500 of the largest companies in the U.S. One of the common indices used to determine market strength, the S&P 500 beat both the Dow Jones Industrial Average and Nasdaq in 2021, making it the top performing of the three widely used benchmarks. The S&P 500 also hit record highs on 70 occasions in 2021. The ticker was the fourth most searched name on Benzinga Pro in the second half of 2021.

Biotech company Ocugen may be the surprise of the top ten and also the smallest by market capitalization at $906 million. Thanks to a COVID-19 vaccine called COVAXIN, the stock was widely discussed on top stock forums in 2021.

The semiconductor company ranked in the top 25 for searches in the first and second quarter. AMD was the eighth most searched stock in the second half of 2021, which could set the company up nicely for a strong 2022.

Honorable Mentions: The next ten most searched tickers in 2021 on Benzinga Pro by number of searches were: