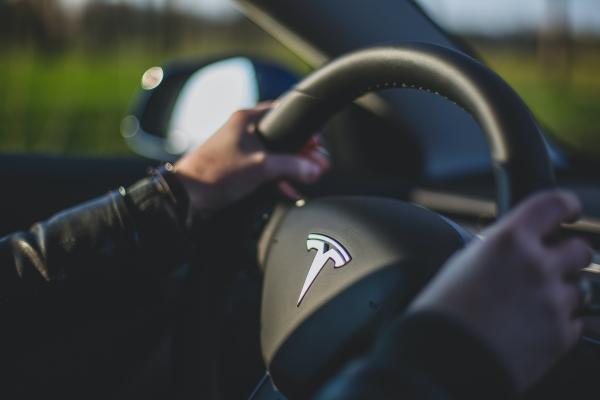 Tesla Inc (NASDAQ:TSLA) shares have got off to a flying start in the new year, thanks to stellar fourth-quarter deliveries reported by the electric vehicle maker.

CFRA analyst Garrett Nelson upgraded Tesla shares from Hold to Buy and increased the price target from $875 to $1,250.

JPMorgan analyst Ryan Brinkman maintained an Underweight rating and increased the price target from $250 to $295.

Citing the stronger-than-expected deliveries, the analyst raised his revenue estimate for the fourth quarter from $15.3 billion to $17.6 billion. Credits are expected at $275 million, and auto margins, excluding credits, are likely to come in at a record 29.7%, the analyst said. The adjusted EPS estimate for the quarter goes up from $2.09 to $2.81, he added.

Spak forecasts a free cash flow of $2.1 billion for the quarter.

Morgan Stanley’s 3 Key Thoughts: Tesla’s fourth-quarter deliveries were roughly 15% ahead of the consensus and came before contribution from Gigafactory Austin and Gigafactory Berlin, which ultimately are likely to be far larger plants than Fremont and Shanghai, Morgan Stanley analyst Jonas said.

Related Link: Why This Analyst Thinks Tesla Is a $2,500 Stock And When It May Reach That Price Target

The reduced proportion of vehicles out of the Fremont factory is a positive, given gross margins for the Gigafactory Shanghai-made vehicles are expected to be 40% compared to 20% for the Fremont plant, the analyst said.

The opening of the Berlin and Austin plants, according to the analyst, offers an opportunity to achieve even higher gross margins. Tesla is likely to eventually reinvest them into product, service/network expansion and price, he added.

The analyst also expects more new product introductions, with the portfolio expanding from the introduction of a compact, Cybertruck, SUV, rideshare, final mile/commercial, and other vehicle categories over the coming years.

Finally, Morgan Stanley said it believes 2022 is the year when Tesla can begin to perform like a Tera-cap.

“We think that in 2022, investors will witness the emergence of a different Tesla organism from the chrysalis of self-inflicted struggle,” Jonas said.

The continuing supply chain issues keep the analyst cautious regarding the pace for both new plants in 2022.

“Regardless, it appears that demand is not going to be a problem for Tesla in 2022,” the analyst said.

The completion of new factories in Austin and Berlin set the stage for further growth in 2022 and beyond, Nelson said. The Model S Plaid sales will help provide an uplift to average price realizations and those first deliveries of the Cybertruck and Semi could come sooner than most expect, he added.

“A near-term overhang in the form of tax-related stock sales by Elon Musk has been lifted and a 13% pullback over the last two months provides a compelling entry point, in our view,” the analyst wrote in the note.

JPMorgan Raises Out-Year Estimates: Extrapolating the higher rate of fourth-quarter deliveries into future quarters, which will likely result in more operating leverage than expected, JPMorgan analyst Brinkman raised his estimates for out years.

JPMorgan’s upwardly revised price target of $295 still implies a significant downside from current levels, Brinkman noted. The discount, according to the analyst, is justified, as Tesla’s production of 0.9 million units for 2021 puts it as the world’s 20th largest automaker, based on 2021-unit volumes.

When Does It Start Streaming?