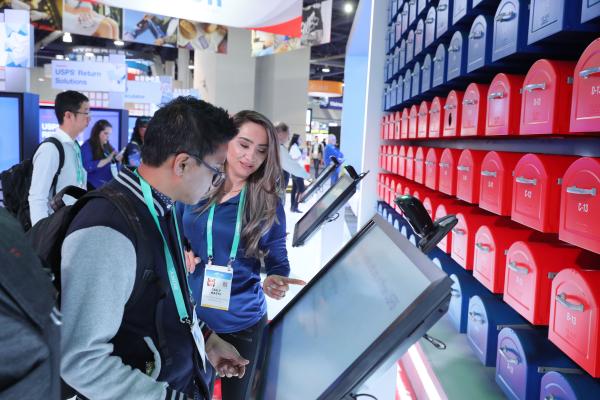 The Consumer Electronics Show (CES) in Las Vegas will be one of the most followed events of 2022 to kick off the year in the technology space. The show may come in with a lower impact than originally forecasted, with many companies opting out of the in-person event and doing virtual presentations instead.

CES 2022 will be held at the Las Vegas Convention Center from Jan. 5 through Jan. 7, after event organizers announced it will close one day earlier than originally planned (Jan.8) as a COVID-related safety measure.

Here is a look at some publicly traded companies to watch ahead of the event:

Sony Corp: One of the largest companies still attending the 2022 CES in person is Sony Group Corp (NYSE: SONY). The company has been known to show off its latest in technology for smart TVs, smart homes and other features at the annual event. Sony has taken the last two years to mention it was working on its own electric vehicle with partners like NVIDIA Corp (NASDAQ: NVDA) and Magna International (NYSE: MGA). Could 2022 be the year the company shares more on its automotive plans?

Qualcomm: Many semiconductor companies will have a presence at CES 2022. Qualcomm Inc (NASDAQ: QCOM) finds itself the member of a keynote speech on Jan. 6. Qualcomm CEO Cristiano Amon will be part of a fireside chat with CTA’s (event organizer) Jean Foster and U.S. Department of Transportation Secretary Pete Buttigieg. Given the prominence of Buttigieg, the panel will likely be closely followed by the electric vehicle community, which could highlight Qualcomm’s presence in the automotive industry.

AMD: Another semiconductor company that is presenting at this year’s CES is Advanced Micro Devices (NASDAQ: AMD). Company CEO Lisa Su will give a livestream highlighting new AMD products and how the chipmaker will take on competitors.

“During the livestream hosted by Dr. Lisa Su, AMD will demonstrate how we’ll make 2022 an unforgettable year for gamers, creators and mobile PC users,” AMD wrote ahead of the event.

Among the new products AMD may highlight at the show include its new ZEN processors and entry level graphic cards, according to Digital Trends.

Velodyne: One of the companies opting out of attending CES 2022 in-person is Velodyne Lidar (NASDAQ: VLDR). Velodyne has been present at the event in the past and this will be another chance for the now public lidar company to highlight its technology for sectors like autonomous vehicles, industrial, infrastructure and robotics, which could all be popular topics at the annual tech show.

The company said in a press release that it is able to manufacture at scale and could be well positioned for the “first wave of mass commercialization of lidar solutions.” VLDR shares traded down in 2021 and are near 52-week lows, which could make this year’s CES one of the most important in company history.

Related Link: Want To Buy And Display NFTs On Your TV? New Samsung Smart TVs Will Allow You To Do Both In 2022

General Motors: Among the keynote presenters at CES 2022 is General Motors Corp (NYSE: GM) CEO Mary Barra. On Jan. 5, Barra will give a morning keynote spotlighting how the traditional automotive company is switching to an all-electric future. GM has seen its shares move before previous Barra media interviews discussing the future of the automaker in terms of electric vehicles. Investors could get updates on new vehicles coming from the company and reservation numbers.

Abbott: Digital healthcare has been a growing trend at the CES, and it might be surprising to learn that no healthcare companies have given keynote speeches at the show over the years. That changes in 2022 with Abbott Laboratories (NYSE: ABT) CEO Robert Ford scheduled to give a keynote speech the morning of Jan. 6. Ford will discuss how the technology revolution in health care can help improve lives.

Including a healthcare company as a keynote for the first time in show history is significant and could make what is said by Abbott even more regarded by the technology community.

General Motors, McDonald’s And 3 Stocks To Watch Heading Into Tuesday