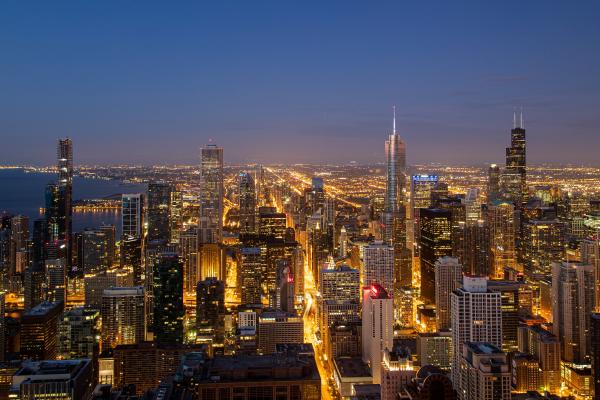 The Illinois Department of Financial and Professional Regulation (IDFPR) reported that adult-use cannabis sales in the state totaled nearly $1.4 billion in 2021 -more than double the figure from the opening year of sales in 2020.
Illinois legalized the sale of medical cannabis in 2015 and expanded legalization to recreational marijuana in 2020. Since then, cannabis sales soared, smashing records practically every month, with recreational marijuana sales officially exceeding $1 billion by November 2021.

November was the ninth consecutive month that recreational cannabis sales surpassed $100 million in the state, despite a 2.1% decline from October and 5.6% from the all-time high of $128 million in July. In 2021, recreational cannabis taxes in the Prairie State exceeded liquor taxes by nearly $100 million, according to an update released by the Illinois Department of Revenue that confirmed marijuana taxes outpaced alcohol for the first time in February and kept that pace for the whole year.

IDFPR announced that in 2021 $943 million of the cannabis sales came from Illinois residents, while $436 came from out-of-state residents.

Governor J.B. Pritzker and Lt. Governor Julianna Stratton announced in December that $45 million of the cannabis cash is being awarded to the state’s Restore, Reinvest and Renew (R3) program set up to support community organizations serving neighborhoods most impacted by economic disinvestment, violence and the war on drugs. An initial $40.5 million is earmarked for organizations that provide service within the five priority funding areas: civil legal aid, economic development, re-entry from the criminal justice system, violence prevention, and youth development. The remaining be $4.5 million will available for capacity-building grants to help small organizations expand.

Photo By Stephan Cassara On Unsplash