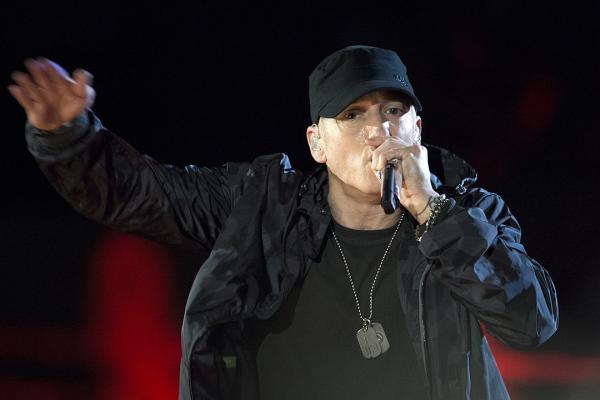 What Happened: The sale of BAYC #9055 was transacted on decentralized marketplace OpenSea between its previous owner “GeeGazza” and Eminem, whose OpenSea account is titled “Shady_Holdings”

Eminem’s NFT portfolio has a total of 323 NFTs from 51 different collections. Data from DappRadar estimated that his NFT portfolio is valued at over $279,000 at the time of writing. The site estimates the value of BAYC #9055 at a mere $275,371.

The Detroit-based rapper made his recently acquired Bored Ape his Twitter profile picture. Interestingly, in November 2021, the previous owner GeeGazza predicted that Eminem would one day purchase this particular NFT.

I’m living in a simulation.

Thank you @Eminem for buying my ape and joining the club!

Madness. Let me write a lyric in your next single ? pic.twitter.com/myGNRmMLeD

BAYC #9055 wears an army cap and a gold chain necklace, and bears a glaring resemblance to the look often sported by Eminem in real life.

What Else: In November, decentralized marketplace OpenSea crossed $10 billion in total sales volume in an important milestone for the NFT market.

Bored Apes in particular have accounted for a significant amount of sales volume, with their total volume crossing $1.12 billion according to data from DeFiLlama.

CryptoPunks remains the most popular NFT project, with a total of $2.94 billion worth of Punks having been traded to date.

Almost all NFT trading takes place on the Ethereum blockchain which represents 98.58% of the $13.38 billion in total trading volume.