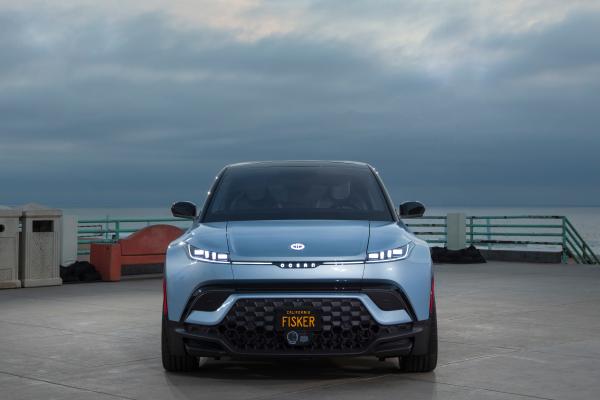 The chief executive officer of pre-production electric vehicle company Fisker Inc (NYSE: FSR) said on Monday the company expects a $1.3 billion revenue from the current reservations for its Ocean electric sports utility vehicle which goes on sale in November this year.

What Happened: Henrik Fisker, chairman and CEO at the Manhattan Beach, California-based electric vehicle company said reservations have jumped to 23,500 Ocean variants in the past two months.

Fisker, which aims to compete with Tesla Inc (NASDAQ: TSLA), said reservations jumped 26% since November for the Ocean SUV and have more than doubled over 2020 when it had 10,800 reservations.

Ramping Up Production: The startup plans to make 5,000 units per month for most of 2023 and ramp up production in the final months of the year.

“Having seen the pace of reservations and our continued ability to achieve our program milestones I believe we can achieve a build rate for the Fisker Ocean of over 7,500 per month by late 2023, and ultimately increase that to over 10,000 per month during 2024,” Henrik Fisker said.

The electric vehicle company, which was launched in 2016, aims to bring four vehicles to market by 2025.

Average Selling Price: Fisker said the average selling price of the Ocean lineup is about $56,000, excluding options and delivery fees.

The Ocean SUV will go on sale in three options — with the base variant priced at $37,499. The company said it is seeing strong demand at the upper end of the range, specifically for the Ocean Ultra, which is priced at $49,999 and Ocean Extreme at $68,999 models.

“Based on a survey of a subset of our reservation holders conducted in December 2021, 19% plan to order Ocean Sport, 38% Ocean Ultra, and 43% Ocean Extreme.”

Why It Matters: Fisker competes with Tesla — a company that once employed Henrik Fisker and even sued him over design secrets.

Fisker, which went public via a SPAC merger in October 2020, is seemingly making all the right noises with respect to its product and partnerships related to manufacturing and battery for the Ocean SUV that would begin commercial production and deliveries in November this year.

The Fisker Ocean SUV was unveiled at the LA Auto Show in November.

Fisker has tied up with Tesla and Nio Inc’s (NYSE: NIO) battery supplier CATL for two battery pack contracts that would run from 2023 till 2025 with an initial battery capacity of over 5 gigawatt-hours annually.

Are Cybertruck Expectations Too High In 2023? Musk Says ‘I Wouldn’t Put Too Much Thought In Start Of Production’

What’s next for Bed Bath & Beyond after defaulting on its loans?