Below you will find our Monthly Watchlist. Reflecting on the almost 9 years in this space I have never been as confidently bullish on the Digital Asset market than I am going into 2022. Whether it is the breaking of the 4-year cycle trend, mass adoption by enterprise business, or countries literally transitioning to Central Bank Digital Currencies, the digital asset market is here to stay.

Since joining Raging Bull in May we have had some amazing calls for assets like $SOL, $YFI, and $HNT, or how about being the voice against the masses saying in the summer “ THIS RUN IS NOT OVER!!”. Well… for anyone not under a rock knows what happened and for those who have, welcome. ?

Plus, in this edition, we’re giving away a complimentary monthly watchlist.

As well as at the end of the article is one digital asset I may not ever want to sell!

Plain and simple, the outlook for the future of Digital Assets is brighter than ever. So many fixate on short-time price action while ignoring what developments have and are being made. From El Salvador making Bitcoin a currency to the World Economic Forum telling Fortune 500 companies to prepare for the digital evolution highlighting the use of Chainlink, every market is now a target for adoption.

Reflecting on the almost nine years I have been in this space I have seen several cycles occur, dozens of China “bans”, and many ideas/narratives come and go. In 2013 they ignored us, in 2015 they laughed at us, in 2017 they fought us Bitcoin “Tulip Mania”. Now, starting in 2020, they join us. 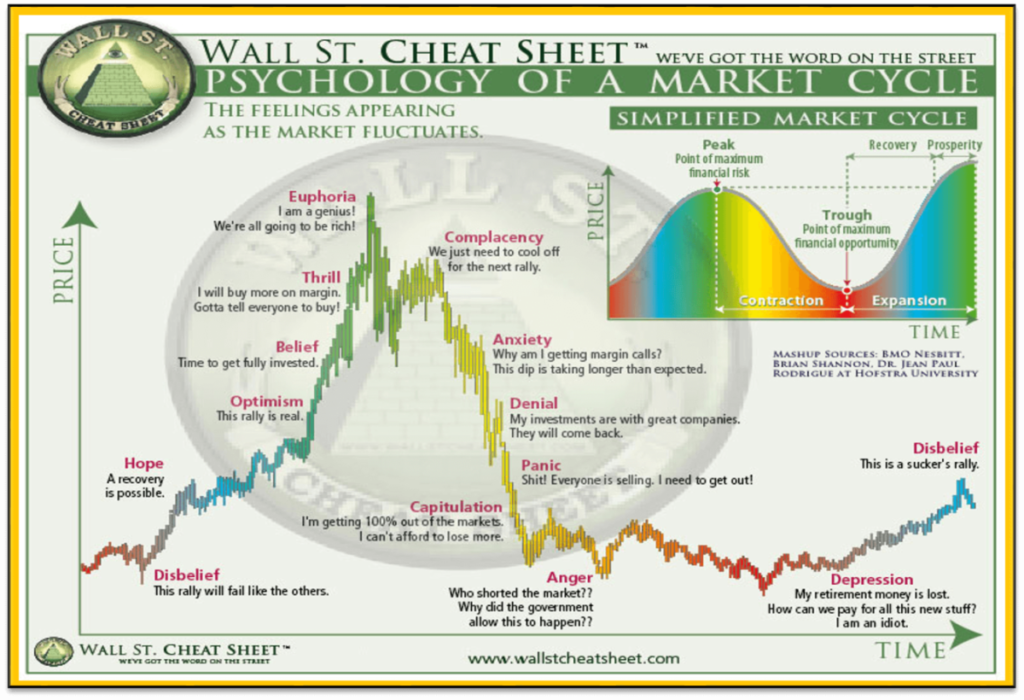 So what’s changed? The markets cycle. In the past, we have seen fantastic bull runs followed by prolonged “crypto winters”. The assumption that this would repeat is currently being shown no longer to be the case. In my opinion, this is attributable to the depth of integration almost every market now has with Digital Assets. Of course, the fact we have printed 80% of the U.S Dollars in circulation in just the last two years has a part in this too.

It seems you can go anywhere nowadays without hearing about some “CryptoCurrency, meanwhile most people still have very little understanding of what a Digital Asset is and even fewer know the history of changing narratives in the space.

My life’s purpose is to educate people on this space, guide them through the noise, provide a perspective that has seen it all, and share the principle of Bitcoin that started this.

My Outlook for the Digital Asset Space in 2022

The application of Blockchain is without a doubt one of the most significant events in modern history. Very much so akin to the development of the internet. From email in 1971 to the World Wide Web in 1989, no one expected or could have imagined where we are today.

I believe in that time frame where we are just entering the 90’s. Oh and believe there will be a bubble burst akin to the internet in 1995 and talk about that below.

With so many applications currently live and being adopted I believe that we will see cycles that consist of the same kinds of movement, however, with smaller time frames bull markets and bear markets.

There are many predictions for this year and I want to share with you the ones I find the most impactful. 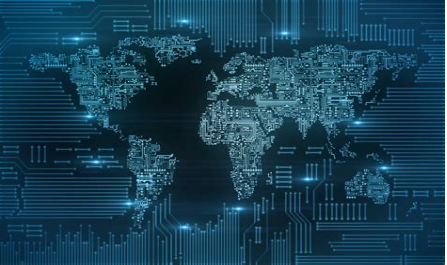 The first is meaningful regulation

Regulation is coming, and I welcome it with open arms. With any emerging market, there is a common problem of scammers and fraud that plague the development of that market. The emerging  Digital Asset market is no different.

I am anticipating meaningful regulation to come toward the end of Q1 as the U.S Federal Reserve bleeds its tapering dry. I truly welcome regulation. Why would I want regulation?? Well, my hope is that with the regulation will come known consequences for many of the public scams we continue to see. A great example of this was ETHMAX. This was promoted on celebrities like Kim Kardashian via Instagram and worn on the shorts of Floyd Mayweather during his fight with Logan Paul. With consequences, I don’t think people will be so quick to take the cash and promote such easily recognizable scams.

On the flip side, we are likely also to see regulation that negatively impacts the space. Specifically, I see regulations regarding Stable Coins and Defi. Stable coins are pegged to the price of the dollar and give holders the ability to use this in many on-chain functions. The backing of Stable Coins like USDT has been of great concern and the implied risk it could have on both U.S and global economies. Considering its U.S based organization and connections I predict that Circles stable coin (USDC) will get a larger pass and over time become essentially a pseudo Central Bank Digital Currency.

The Defi space and the protocols that make up its ecosystem I am very concerned for. While I very much support ethical and transparent protocols that empower so many, I believe that it will be a top target from regulators and the influence of central banks. Protocols like Uniswap clearly recognize this as they took preemptive action to remove tokenized securities (this just means stocks on blockchain) from its platform after the first rumors of regulation began circulating…Side note, they did that without a vote…

So much for being decentralized right?

My next two predictions coincide and I see going to over a TRILLION-dollar Market Cap!! Now look, if you don’t get it right away read again.

Play-To-Earn Gaming and Digital Identity are going to bananas.

Simply put Play-to-Earn games give players the ability to earn an asset that has real U.S Dollar value. This is not a new idea, however, it is the first time game developers are supportive of players earning USD from their playing. Regardless of if you personally play games or not, there are still millions of people who do. Many players put thousands of hours into a single game. Now imagine if they were earning actual income instead of just wasting their time. One such example is Axie Infinity, a very popular P2E game, that has given people in South East Asia to play and earn more income than the local jobs in their countries could provide. Consider that the Mkt Cap of the traditional Gaming Industry is $170B+.

Digital Identities are as the name implies and right around the corner.  They have a number of applications. Gaming, voting, or simply securing all of your personal records on the blockchain as NFT’s will happen in our lifetime. In the meantime, we will see this take place through social media and private organizations. A current example of such an asset is $ENS Ethereum Naming Service that coinbase has recently partnered with to bring about Digital ID. Think that’s not big enough? How about the fact that Jack Dorsey’s most recent project, Spiral, is focusing on building out DID’s for the masses. 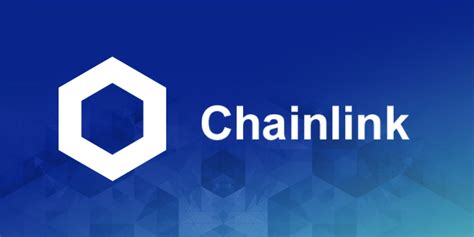 Chainlink is most certainly a pain in the butt compared to the movement of shit coins like SHIB. However, safety and long-term low risk are equally attractive. In my opinion, the value of this asset is overlooked by the majority of retail because it simply is “sexy” enough. However, they are providing some of the most valuable utility in all of the Digital Asset market. Again recall what I said about the World Economic Forum highlighting $LINK. Always consider the fundamentals of what you own. That’s what matters most.

Chainlink provides and transmits off-chain data to be on-chain and on-chain to be off-chain. It also allows for live TRUE data to be shared between blockchains

If data is the new oil then Chainlink is the pipes. With staking on the horizon sometime this year, I know personally that I’m dollar cost averaging into $LINK every chance I get.

Chainlink is a blockchain agnostic truth machine, known as an oracle. This means any blockchain can utilize Chainlink to bring real-world data on-chain

This data is taken by multiple different nodes, or data receptors then gives the on-chain smart contracts an aggregated average truth. Chainlink does much much more than this, but I wanted to keep this more digestible.

Within the next year, I’m guessing we will see a mad dash into Chainlink from major institutions around the globe as blockchain utility amplifies and staking is released.

Once staking is released, we will see a passive income opportunity like never before, making Chainlink a long-term investment opportunity.

First and foremost, Bitcoin is in a class of its own. EVERYTHING IS A TECH PLAY TO EARN MORE BTC.

Investing is essentially a game of evaluating upside reward vs. risk. Considering the debasing of the dollar and how inflation is essentially taking 1% of your purchasing power a month. To me, it’s far riskier to trust that any monetary policy will fix what has been done since 2008.

If you feel like any of this was confusing, you are not alone. Do not let your confusion deter you from missing out on such a rare opportunity. That would be like not buying Amazon stock in the ’90s because you couldn’t understand what the internet was and lacked the insight to see what it would become.

You just have to dip your toe to see if you want to swim. I promise the water is perfect!

‘Off to a Great Start’