I got the latest S3 Black App data this morning and here is what it showed: Shorts added on to their positions yesterday as short momentum increased but the number of shares shorted was down for the day. How does this make sense? My theory is that shorts shorted NES throughout the day but a margin call in the after hours led the total amount of shares shorted to drop slightly from 2.67m to 2.62m, a very minor decrease in overall short positions.

Yesterday was a total roller coaster with the stock lifting off in the morning, taking a dive and trending downwards, and finally rocketing back up in the after hours before cooling off once again. What happened? I think that momentum started to pick up for NES in the morning but it ran too hot too quickly and some whale ended up dumping. This was most likely a small institutional investor or trapped long from the old merger run up. A similar scenario played out on Friday where the stock ran up, got dumped on, and then started to recover after. Although yesterday did not play out quite the same way, given the way that the stock moved, there is clearly potential for this to be a superb short squeeze play. 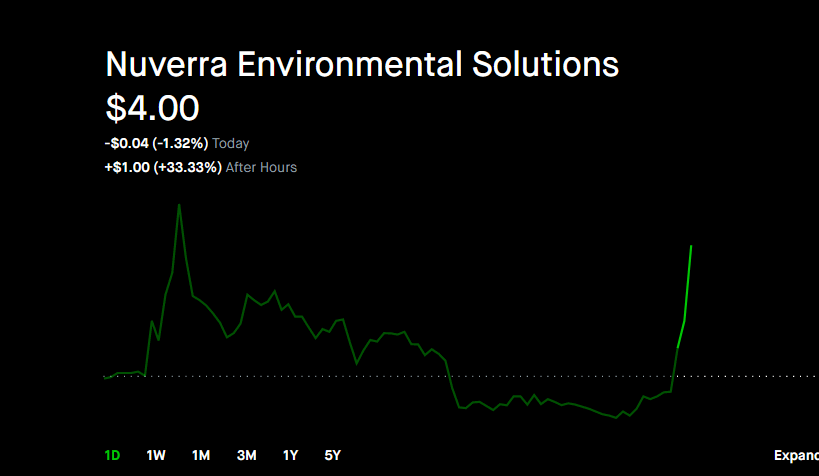 I took the above picture during the run up in the after hours. It was very sudden and the stock shot up from the close of 3.03 to over 4. Given the data pointing towards short momentum increasing but the number of shares decreasing, I am assuming that what occurred in the after hours was a margin call.

When looking at the buying that occurred during this time, it looks like it was forced buying, giving more credence to the assumption that this was a margin call.

One last note: RELI also had a similar setup to NES with a run up on big volume before a cool off period on low volume. RELI then proceeded to rally over the following week and ended up doubling as a result

While yesterday seemed disheartening given how the stock got whacked on the first big run up, there is still plenty of potential for a squeeze to take place. Here is why:

● S3 has squeeze risk at 100/100 and a high crowding score, indicating that the squeeze potential is still super high

● Shorts are still massively down on their positions, at 3.04 they were down 3.6m per the avg short position