“It wasn’t like we were trying to buy a prison. It was serendipity. We were just trying to buy a property where we could grow herb. It so happened to be that the prison was available,” says Damian Marley, son of the legendary Bob Marley.

He’s talking about the cannabis cultivation facility owned and operated by a company he’s involved in, Ocean Grown Extracts. Situated in Coalinga, California, the grow-op is located in a formerly abandoned prison.

“That’s our blessing, you know? Because it wasn’t on purpose, but it ended up serving a purpose.”

Indeed, just like Bob Marley had predicted: the herb would be the artifice of “the healing of the nation.” 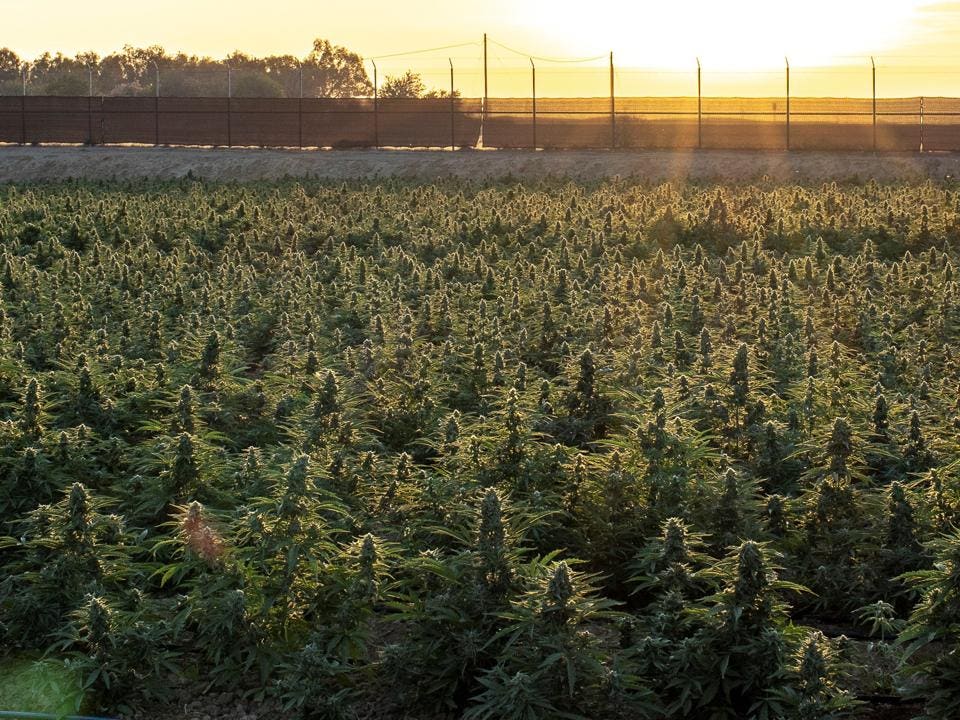 The cannabis industry seems determined to pump new life into forgotten locations. From the transformation of an abandoned Coalinga prison into a huge grow-op; to Canopy Growth’s Smiths Falls, Ontario production facility located in an old Hershey chocolate factory; to Massachusetts’ effort to turn mills that had been unused for years into indoor plantations, marijuana legalization appears to have blasted a wave of revitalization sweeping over places that had been thoughtlessly left behind.

Only a few years ago, Coalinga, California, a town of roughly 17,000 people, was struggling with budgetary deficit and a crippling debt of over $3 million.

“The town was in debt. And we purchased the prison for $4 million and change. And at that time, the city couldn’t even afford a fireworks show or to fix up the park,” explains Dan Dalton, co-founder of Damialn Marley’s new cannabis brand, Evidence, and long-time manager and friend of the artist.

Money wouldn’t be the only thing required to set up shop as a cannabis grower in the small town of Coalinga. Locals weren’t thrilled about having a “weed factory” in their own back yard.

“Educating a community that was conservative was not easy,” adds Dalton. “It was hard to convey that our cannabis wouldn’t hit their streets and drive crime. What we grow gets into trucks and leaves the town; the facility has no signage. And all this tax revenue is here for the town now. The first year we provided 100 jobs.”

Do The Right Thing

Beyond the benefits generated in Coalinga, Marley, Dalton and the Evidence team work hard to help those incarcerated for cannabis. 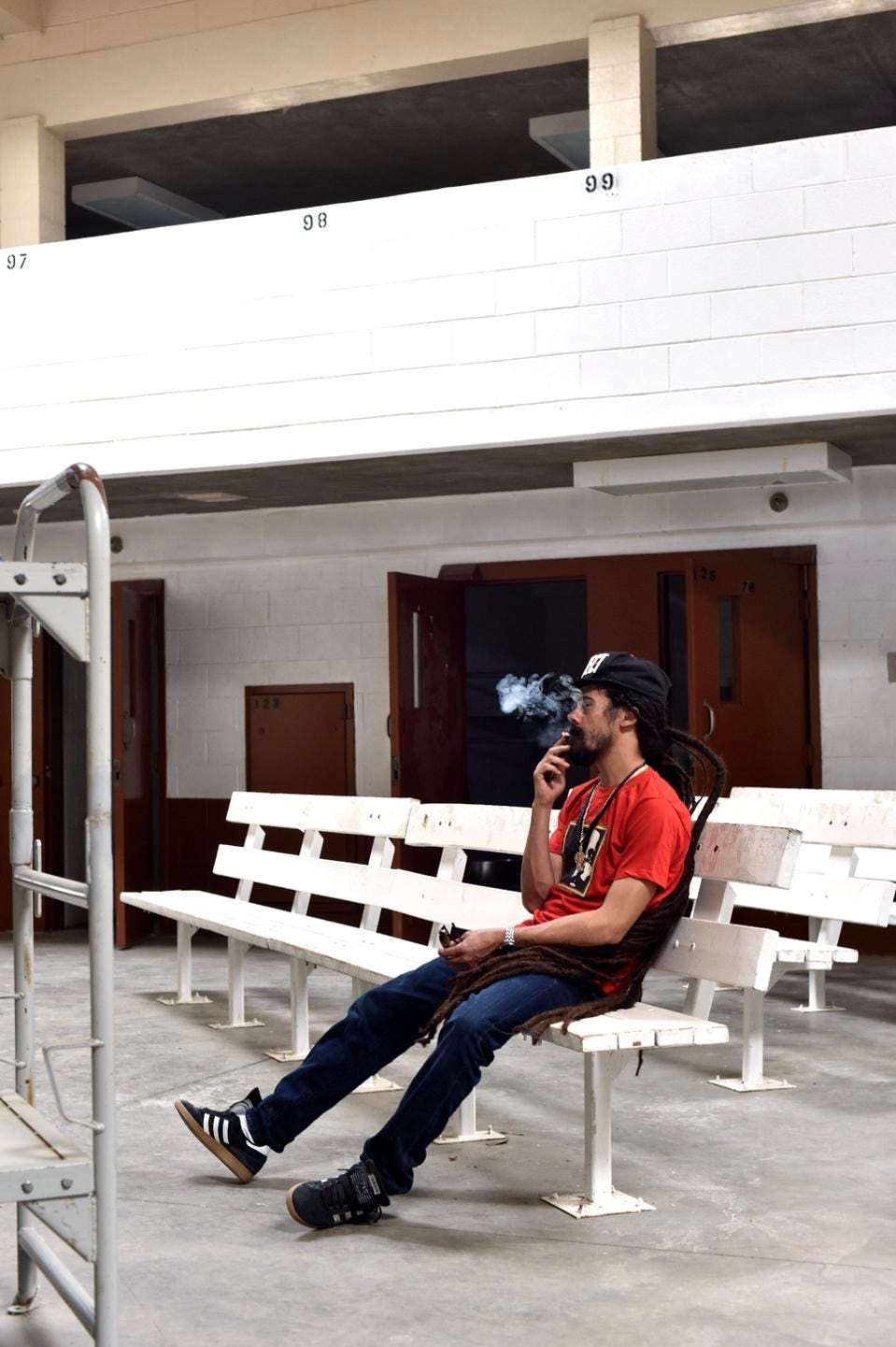 Damian Marley smokes at the prison – B+

“When you look at all of the work we’re doing, it’s such a beautiful picture. Just the image of us growing herb in a prison speaks volumes. That speaks volumes by itself, let alone the fact that we are so involved with helping people get out of prison, the Evidence brand and what it represents, and everything that we will get out of that stuff… You couldn’t ask for a better setup; you couldn’t ask for a stronger statement,” Damian says.

Ocean Grown and Evidence are partnered with the Last Prisoner Project, a nonprofit organization focused on helping non-violent cannabis prisoners be released and have their records expunged.

The brand ethos states this clearly: “We grow weed at a prison to help get people out of prison for growing weed.”

And Marley is very proud of this. “We hope this is also an example to others. In my experience, most people who are big fans of cannabis usually have a moral compass. So, it’s great that we can see within what we’re doing in the industry that we’re staying true to our morals in terms of helping people and doing the right thing.”

Marley often wonders what makes anyone think they have the right to make a plant illegal.

“The history of cannabis and how it became illegal to begin with is loaded with politics and racism,” he says. “Things that didn’t really have anything to do with cannabis itself or the effect that cannabis was having on people. It’s a long conversation about the studies and who is being prosecuted and locked up for cannabis.”

For Marley, cannabis should never have been prohibited in the first place.

Seeking to shed some light on the injustices derived from cannabis prohibition, Marley and Ocean Grown launched Evidence on the eve of Juneteenth of 2021, coinciding with the 50th anniversary of President Nixon’s War on Drugs.

Evidence cannabis flowers’ packaging looks like police evidence bags, and the company donates $1 for every sale to the Last Prisoner Project (LPP). 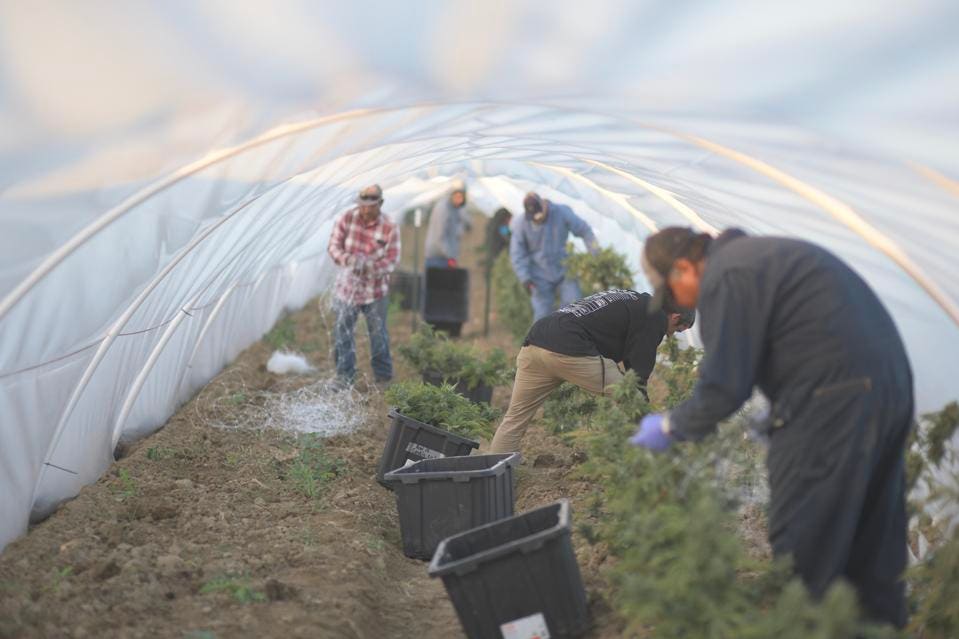 EVIDENCE at Coalinga – B+

“When we first brought an Evidence bag to an LPP dinner, people didn’t like it. And that was the objective: to make people feel uncomfortable,” Dalton reminisces. “The way we like to think about Evidence is as a disrupter, something that’s going to start conversations. And that’s what’s needed right now. As uncomfortable as that conversation is, that’s what needs to happen.”

To help get this message across, Evidence’s release was accompanied by a video collaboration produced by Dan Dalton, featuring appearances and contributions from Damian Marley, Berner and Evidence Creative Director Nabil Elderkin – a celebrated music video filmmaker known for his work with Kanye West, Kendrick Lamar, Frank Ocean and John Legend. The short-documentary beautifully encapsulates the social justice movement and message behind the brand.

“Evidence is smoking responsibly, burning responsibly,” says Marley. “With Evidence, it’s action and reaction. We are more than just selling a product; there is reaction there. People are moved, and we are helping people.”

And he continues: “We, as reggae musicians, as Rasta culture, as Jamaicans, we’ve always endorsed for cannabis to be legal. So that movement is very dear to us. A lot of us have been prosecuted for herb. I’ve spent time in prison for herb. So from that standpoint, it’s been very important to us for the legalization of cannabis.”

“Cannabis is a big part of Jamaican culture and a big, big part of Rastafarian culture. Being my family who we are, it has always been around in a way. My father used to smoke herb, obviously. My brothers and sisters smoke herb. And just the people around me… Nowadays it’s a big part of my life, of my day-to-day routine,” Marley concludes.

This article was originally published on Forbes and appears here with permission.

Western-Made Tanks Being Sent to Ukraine Have Unique Maintenance Needs

Suspect in Standoff With Oregon Police, Most Lockdowns Ended