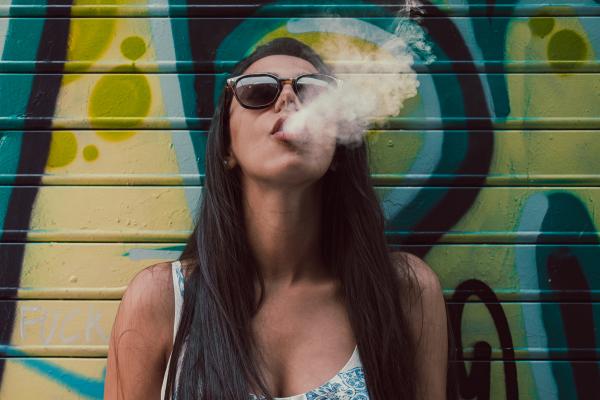 Could the United Kingdom be next to join the cannabis legalization trend that is moving across Europe?

Although there are no confirmed or announced plans for the U.K. to take this road anytime soon, news from London signals possible changes along those lines. Namely, London’s mayor Sadiq Khan has said he plans to stop prosecuting adolescents and young adults caught with marijuana, reported Metro.

While medical use of cannabis was legalized in England in 2018, Khan now seeks to introduce a new scheme in which people under 25 caught with marijuana in their possession will be offered certain classes or counseling instead of being arrested.

The goal is to address illegal drug use by providing more positive interventions. While Mayor Khan does not have the authority to decriminalize or change the classification of cannabis, or any other drug for that matter, the newly announced measures would essentially decriminalize cannabis possession for adolescents and young adults.

A similar scheme was introduced in Ireland and a recent report noted that it rendered positive results. In 2021 fewer people were charged or issued a summons for possessing drugs and those caught with cannabis were issued a warning.

Initially, Khan’s scheme will be introduced in the London boroughs of Lewisham, Greenwich and Bexley, with plans to reach other areas if it is successful.

A spokesperson for the mayor said that Khan believes that drug use and connected crimes are preventable and not inevitable, which is why he decided to try with deterrence and early intervention.

“A core focus of this work is investigating various ways in which young people can be diverted away from low-level drug use by being better informed about its harm, and the Mayor’s Office for Policing and Crime is actively involved in discussions around this scheme,” the spokesperson added. “We know that we’ll never be able to simply arrest our way out of the problem, which is why we continue to work on schemes that provide young people with support and education, rather than simply putting them through the criminal justice system – with the aim of diverting them away from drug use and crime for good.”

The spokesperson further pointed out that funding for the pilot has not yet received final approval from the Mayor’s Office for Policing and Crime.

Kahn’s initiative comes on the heels of British Prime Minister Boris Johnson’s announced crackdown on illegal substances all the while the police discovered traces of cocaine in 11 of the 12 toilets of the UK Parliament, signaling hypocrisy in the U.K. government.

Furthermore, the news comes at a time when marijuana legalization is becoming popular across Europe in addition to the U.S.

Just last year, Malta became the first country in the EU to legalize marijuana, Germany recently announced plans to allow cannabis sales, which will result in the creation of the biggest EU market with $3.5 billion in expected annual tax revenue. Switzerland launched a legal adult-use cannabis market trial to study for future regulation.

Photo by DESIGNECOLOGIST on Unsplash