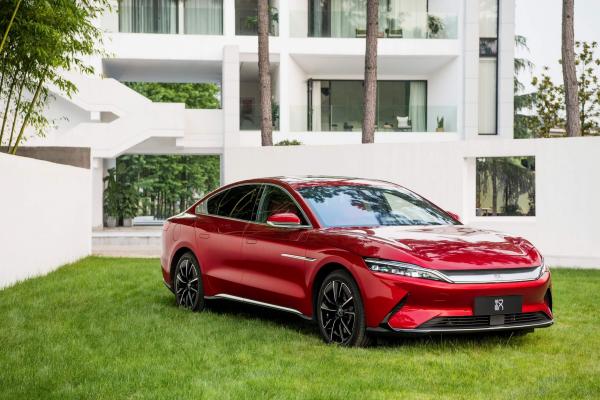 What Happened: BYD, which is backed by Warren Buffett-led Berkshire Hathaway Inc (NYSE: BRK-A) (NYSE: BRK-B), sold a record 48,317 battery-powered electric vehicles in December, a jump of 148% year-over-year and 4.7% over the previous month.

BYD’s overall new energy vehicles sales jumped more than three-fold to 93,945 units in December from a year ago. BYD’s NEV portfolio consists of cars, buses, and trucks and includes hybrids as well.

Nio, Xpeng, and Li Auto are in a close contest. Xpeng delivered 16,000 electric vehicles in December, Li Auto delivered 14,087 Li ONEs and Nio squeezed out just a little over 10,000 units during the month.

Why It Matters: China’s electric vehicle adoption is picking up pace as more players — spurred by increased demand — rush to roll out their products and charging services. Nearly all players in the segment including Nio, Xpeng, Li Auto, Volkswagen have a new product launch planned this year.

Tesla reported smashing global delivery numbers for December and 2021, a big chunk of which is expected to have come from China. Elon Musk-led Tesla doesn’t give a geographical breakdown of the deliveries.