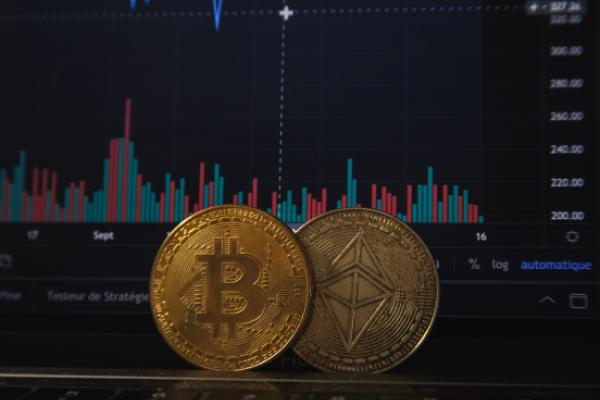 Why It Matters: Ballet Crypto CEO Bobby Lee tweeted Sunday that the “hotly anticipated year end bull market” hasn’t taken off as the market was anticipating the last hammer to drop in China.

Lee was referring to delayed enforcement of China’s cryptocurrency ban as major exchanges had until December to fully de-register Chinese clients, which would, in turn, lead to forced withdrawal of coins from trading platforms.

Maybe that’s why the hotly anticipated year end bull market hasn’t taken off yet. Waiting for the last hammer to drop in China!

Expect a mini-correction when the enforcement news gets out, and then a relief rally that could bring us back on track for a real #Bitcoin bull market.

Some analysts are expecting a bounce up for Bitcoin as it tests key levels. Pseudonymous cryptocurrency analysis Twitter account Kaleo noted accumulation could lead to a “leg up” for BTC.

� $48,000, the one we’re currently rejecting on.
� $49,400, the one that caused the latest correction and should flip for a bullish test of potentially mid $55k. pic.twitter.com/zISQu2IcDV

Van de Poppe said ETH is “showing more strength” than BTC. He said on Twitter that there is a “clear confirmation” of a break above the $4,100 level for the second-largest coin by market cap.

#Ethereum is showing more strength than #Bitcoin at this point.

A beautiful retest of that region around $3,500, which should be enough for this correction.

Marcus Sotiriou, an analyst at United Kingdom-based asset broker GlobalBlock, wrote in a recently emailed note that institutions “may re-allocate to the crypto space” in the first quarter of 2022.

“Trading firm QCP Capital predict a “flippening” in the investor sphere from retail to institutional in 2022 with institutions having a much larger participation. I am not sure a flippening will happen as early as 2022, but I expect the tide to shift dramatically,” the analyst noted.

Read Next: If You Invested $1,000 In Bitcoin, Dogecoin And Ethereum At The Start Of 2021, Here’s How Much You’d Have Today