A fairly lackluster Christmas and New Year’s trade for most cryptocurrency traders with heavyweights Bitcoin and Ethereum both below pre-Christmas levels. While Ethereum has bounced back after slumping into oversold territory, Bitcoin remains around $1k above an important area of support. The short-term outlook for Ethereum remains mixed with support reasonably solid around $3.5k, while a cluster of old highs and lows between $4,032 and $4,176 look set to act as firm resistance. 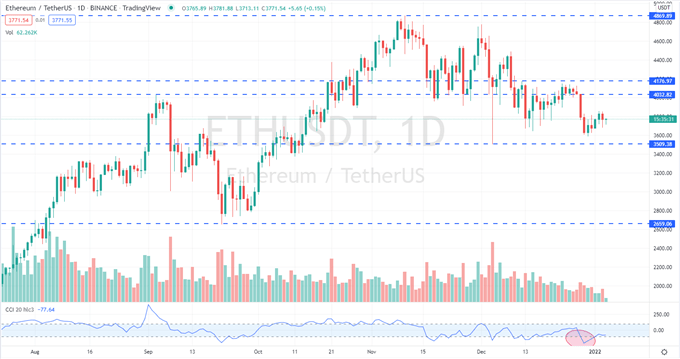 Bitcoin’s choppy sideways pattern looks set to continue although support is coming under pressure. This one-month range between $42.4k and $52.1k now remains key to the next move, with a confirmed break of support opening the way to a cluster of prior lows just above $40k, while a break of resistance opens the way back to just under $53k. 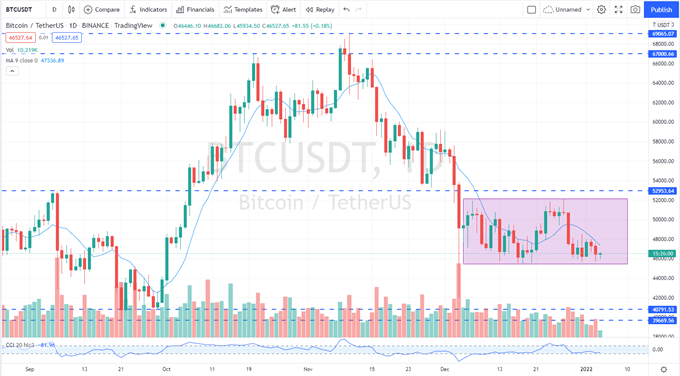 Fantom (FTM) has been on a roll since just before Christmas and has doubled in value. The smart contract platform is now the 28th largest coin by market cap and looks set to test the two prior highs around $3.20 and $3.50. 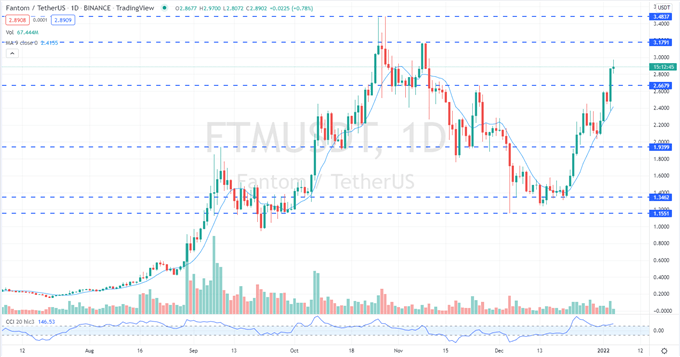 Another coin that has performed strongly since mid-December is Near Protocol, a level-one blockchain that is said to eliminate low transaction speeds and increase interoperability. The mid-December spike to around $22 has never been properly explained, yet this is now the next upside target. Support is likely around $13 – $14.50 area if it gets there, and this coin may have further to run. 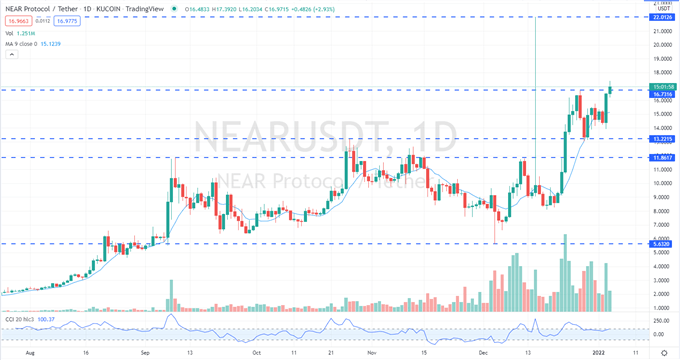 All Charts via Trading View.

What is your view onBitcoin – bullish or bearish?? You can let us know via the form at the end of this piece or you can contact the author via Twitter @nickcawley1.