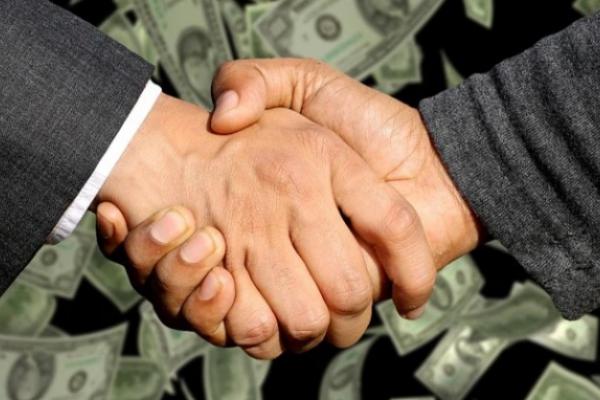 Last year will go down with many records set in the investment world. A record number of companies went public via IPO, a record number of public listings happened in 2021, the SPDR S&P 500 ETF Trust (NYSE: SPY) hit record highs while the S&P 500 notched 70 record closings during the year.

Meanwhile, Bitcoin (CRYPTO: BTC) hit an all-time high of more than $69,000 and a market capitalization of over $1 trillion.

Here are the largest mergers and acquisitions announced in 2021.

AT&T/Discovery: A merger between AT&T Inc (NYSE: T) and Discovery Communications (NASDAQ: DISCA) to combine media assets values the new company at over $40 billion and makes it the largest M&A deal of 2021. The deal will combine entertainment, sports and news assets from WarnerMedia, an AT&T unit, with Discovery Communications. AT&T shareholders are expected to own 71% of the new company, while Discovery shareholders own 29% of the combined company.

The new company will have over 100 brands and over 200,000 hours of programming content. Brands include Warner Bros, Discovery, DC Comics, Eurosport, HGTV, TLC, HBO Max and Discovery+.

Kansas City Southern: Canadian National Railway (NYSE: CNI) announced a $33.7 billion acquisition of Kansas City Southern. The deal was initially rejected by the U.S. rail regulator and faced antitrust concerns from the start. The deal was officially closed in December 2021 creating one of the largest railways in North America. The combined company now holds the first direct railway linking Canada, the U.S. and Mexico.

Nuance Corporation: Microsoft Corp (NASDAQ: MSFT) announced a planned $20 billion acquisition of voice and artificial intelligence company Nuance Communications (NASDAQ: NUAN). Many point to the acquisition by Microsoft as being done to strengthen the company’s position in the healthcare and digital healthcare sector. Nuance’s solutions are used by over 55% of physicians and utilized in 77% of U.S. hospitals.

William Grace: Private health insurer Humana (NYSE: HUM) acquired the remaining 60% of shares in William Grace it did not yet own. The deal valued William Grace at $8 billion. Along with the acquisition, Humana is rebranding the new company as CenterWell Home Health.

MGM Studios: Leading ecommerce company Amazon.com Inc (NASDAQ: AMZN) spent $8 billion to boost its media content for Amazon Prime customers with the acquisition of MGM Studios. Among the biggest pieces in the MGM library for future content on Amazon could be the James Bond and Rocky franchises.

The deal gives Amazon a library of over 4,000 movies and 17,000 television shows. The acquisition was the second largest in Amazon company history, trailing only the $13.7 billion paid for retailer Whole Foods.

Breakups: Two large companies also announced breakups that will create new separately traded units and could rank among the largest M&A deals in 2021 based on valuation.

General Electric (NYSE: GE) announced plans to split into three companies focused on aviation, health care and energy. The deal is being executed to help the company unlock value. The health care unit will be spun off in 2023 and the energy unit in 2024. The company has been selling off assets and working to improve its balance sheet.

Johnson & Johnson (NYSE: JNJ) is also splitting itself into two separately traded companies. The company will spin off its consumer healthcare unit within the next two years.

A Pig’s Parable About Prejudice