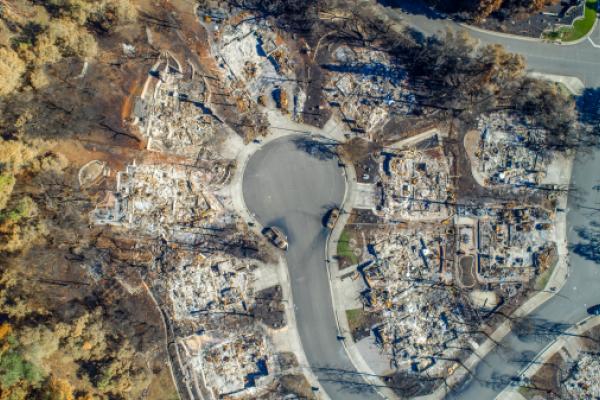 A Colorado family says they “could be dead” if it wasn’t for an Amazon.com, Inc (NASDAQ: AMZN) delivery driver who rescued them during the Marshall Fire.

The wildfire raged across Boulder County last week causing resident to flee as it destroyed up to 1,000 homes.

The family’s home in the town of Superior (Southeast of Boulder) was surrounded by flames on Thursday, and their car had a dead battery. Their neighbors had fled, so the mother, father and four-month-old baby were trapped by the surrounding fire.

At that moment, an Amazon driver named Luanne pulled up in her truck to deliver a bike pump to their home. The father of the family had ordered the pump days before, planning to use his bicycle as an alternate form of transportation.

Luanne asked the parents if they needed help and then drove all three away from the flames to the safety of a nearby community center.

“We could be dead if it wasn’t for Luanne. She was our saving grace. A little angel right at the moment that we needed her,” the mother told a news outlet.

Aerial video shows that the family’s home is completely destroyed. “We don’t know what our plans are next,” the mother said. “We are just glad we got out safe.”

In December, two Amazon workers were killed when a company warehouse in Edwardsville, Illinois, across the Mississippi River from St. Louis, collapsed after being struck by a tornado.
Also Read: Amazon Dominates Holiday Price War, Causes Retail Ripple Effect