Are These The Best Cyclical Stocks To Buy In 2022?

As we enter the first trading day of 2022, investors continue to search for the best stocks to buy. As we all know, navigating through the stock market wasn’t easy in 2021. Throughout last year, we’ve seen massive inflation and a series of infection waves became major contributors to market movement. However, as we have more vaccinations and antiviral pills in the making, many believe that the worst of the pandemic is behind us.

No one knows how the stock market will perform in the new year. Many analysts, however, see the economy to be in a period of expansion. Considering the improving unemployment rates and strong corporate profits displayed in the third quarter, cyclical stocks are likely to perform well in this stage of the business cycle. And if you share the same sentiment, here are five to watch in the stock market today.

Best Cyclical Stocks To Buy [Or Sell] In January 2022

Rental car company Hertz boasts one of the greatest comeback stories in 2021. The company, which emerged from bankruptcy in June, could see great growth in 2022. For those unaware, rental cars are among the best businesses in the travel industry right now as auto shortages have led to strong pricing. According to Jeffries analyst Hamzah Mazari, “What once was a dysfunctional oligopoly with no pricing power is a functional oligopoly with pricing power.”

It’s clear that Hertz has done an amazing job in staving off from bankruptcy. And with the recent share repurchase program has also put the company in a better financial condition. And the rental car company is now taking advantage of its improved strength. Apart from emerging from bankruptcy, the company also announced major deals with Tesla (NASDAQ: TSLA) and Uber (NYSE: UBER) to add electric vehicles to its fleet. What’s more, Hertz also made a deal to sell used cars through Carvana (NYSE: CVNA). As the company continues to climb out of bankruptcy, would you place your bet on HTZ stock in the stock market today?

Singapore-based Grab has fallen considerably after the SPAC merger with Altimeter Growth Corp (NASDAQ: AGC). While that might deter some investors from investing, others take the opportunity to buy the stock on weakness. For starters, Grab has an established presence in Southeast Asia. Starting as a ride-hailing app, the company is one of the biggest technology startups in the region. Grab markets its platform as a superapp, where users can do everything from booking a ride to getting groceries delivered.

The pandemic has however affected Grab’s earnings, as Southeast Asian countries are among those with the most Covid-19 restrictions. The company reported a 9% decline year-over-year in its revenue for the third fiscal quarter, to $157 million. Average spend per user however rose by 43% year-over-year. CEO Anthony Tan is optimistic about the company’s growth following reopening of Southeast Asian economies. Keeping this in mind, could GRAB stock be a top cyclical stock to watch before it resumes its long-term growth trajectory? 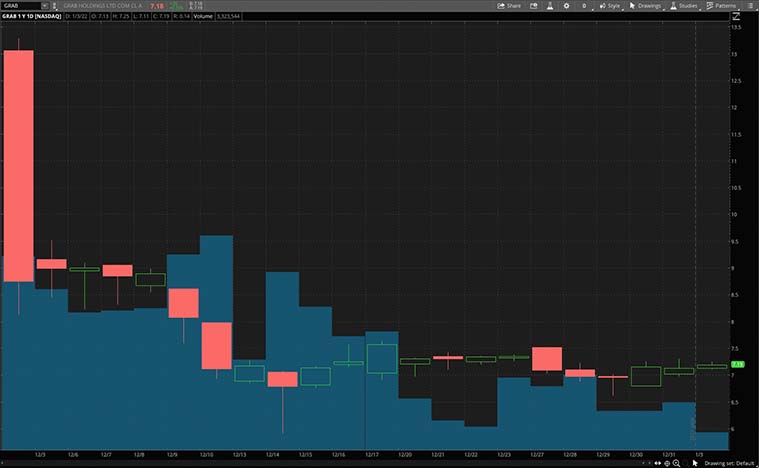 Coca-Cola is a multinational beverage corporation whose products are sold in more than 200 countries and territories. Its multiple billion-dollar brands are spread across several beverage categories worldwide. These include sparkling soft drink brands like Coca-Cola, Sprite, and Fanta. They also include hydration, sports, coffee and tea brands. It employs more than 700,000 people across the globe and continues to positively impact the lives of its consumers.

The company’s expansion is also helping produce cash flows to support its dividend. The beverage giant currently has a dividend yield of over 2.8%. In late October, the company reported its third-quarter financials which topped analysts’ estimates. It sees continued momentum and strong results with revenues growing by 16% year-over-year to $10 billion. Impressively, this is already ahead of its pre-pandemic levels. Coca-Cola also reported an earnings per share of $0.57 for the quarter, growing by 41% compared to a year earlier. Considering all this, would KO stock be a good investment to combat inflation? 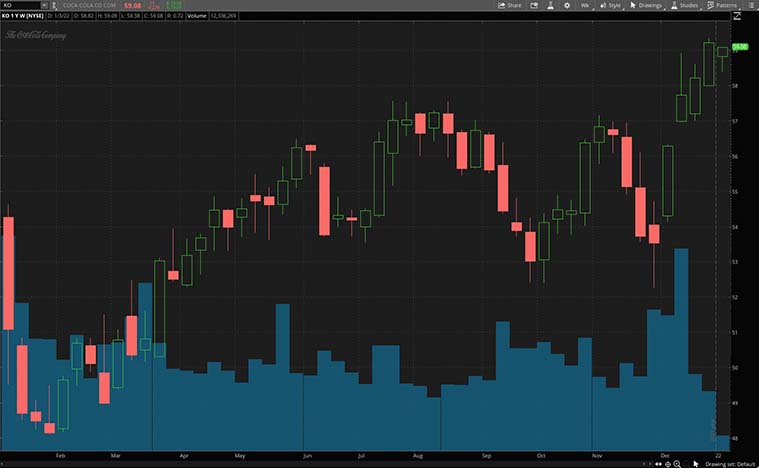 Disney’s 14% slide in 2021 made it the worst performer in the Dow 30. And investors were clearly disappointed, to say the least. Many believe that the biggest reason for its drop is its slowdown in growth at its Disney+ streaming services. Recall that Disney+ played a crucial role in the media giant’s healthy gains in 2020. Although it was only launched in 2019, Disney+ has accumulated 118.1 million subscribers, an impressive number of subscribers. While this is an impressive feat, it fell short of Wall Street expectations for net additions in recent quarters.

If the current COVID-19 surges subside or if Omicron is proven less dangerous than its predecessors, we could soon see a rebound for its theme parks and other outdoor entertainment. Additionally, the company is ready to join the metaverse bandwagon, according to Disney CEO Bob Chapek. He said the company envisioned a Disney metaverse where the physical and digital words are able to connect more. He said that this would allow for a more immersive storytelling, and storytelling is in the company’s blood. Seeing Disney’s ability to adapt to the times, could DIS stock be a top cyclical stock to buy right now? 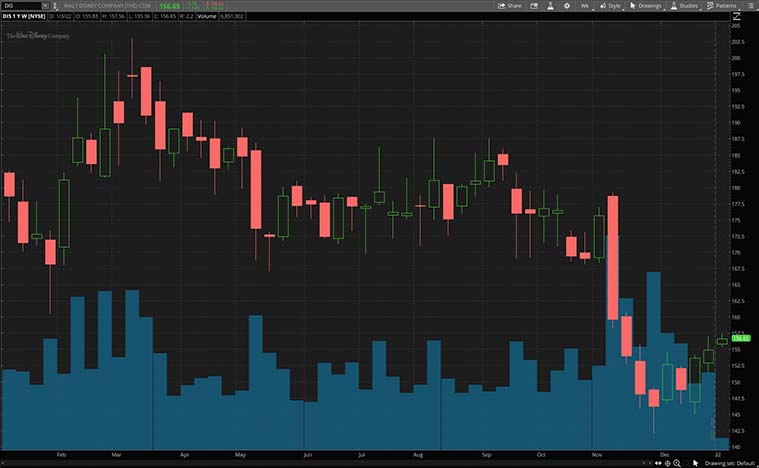 Canopy Growth is a Canadian-based cannabis cultivator and provider of cannabinoid-based consumer products. For starters, the company offers weed enthusiasts a wide array of offerings worldwide. This ranges from high-quality dried flowers, cannabis oils, infused beverages, and vaporizers, just to name a few. Through its owned and partnered cannabis production platforms, the company has created a dominant, global business with the potential to generate a significant and sustainable return for its shareholders.

Last month, Canopy Growth announced that it has entered into an agreement to divest its subsidiary, C3 Cannabinoid Compound Company, to German pharmaceutical company Dermapharm Holding SE. While the medical marijuana market in Europe certainly has potential, it’s still a relatively small market. And more importantly, investors were pleased to see the company consolidating their operations and focusing on their core markets. Considering that CGC stock is now trading at a more reasonable valuation, would you bet your money on this marijuana stock? 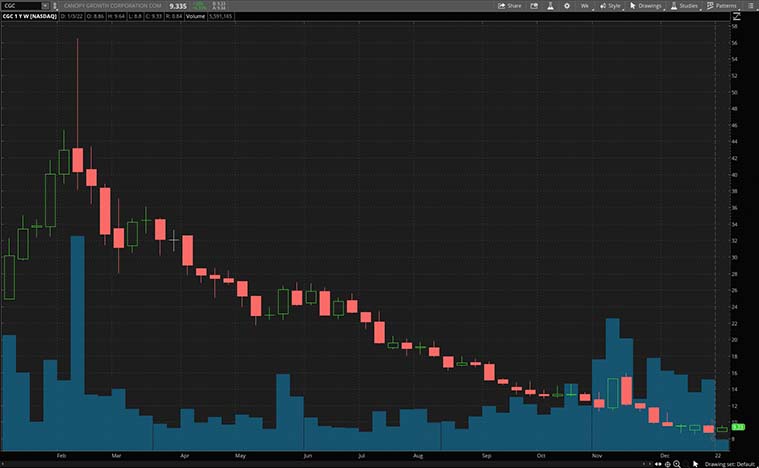 Global Shares Fall in Muted Trading Ahead of Fed Meeting