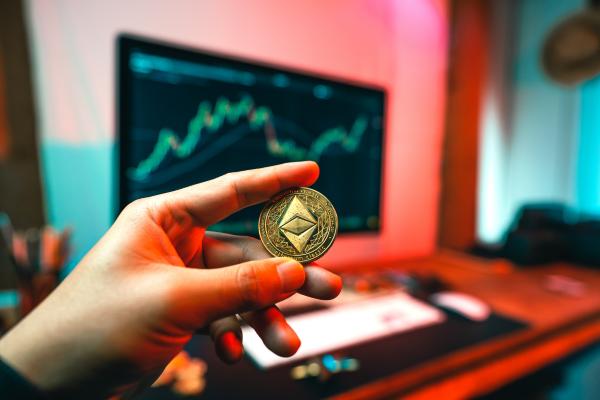 As Bitcoin (CRYPTO: BTC) slipped below the $47,000 level on Sunday evening, here’s what four analysts and expert traders are saying about the largest cryptocurrency by market capitalization.

Amsterdam-based popular cryptocurrency analyst Michaël van de Poppe told his 546,000 followers on Twitter that he believes the two important levels for Bitcoin are $48,000 and $49,400 level, the latter of which caused the latest correction for the apex cryptocurrency.

� $48,000, the one we’re currently rejecting on.
� $49,400, the one that caused the latest correction and should flip for a bullish test of potentially mid $55k. pic.twitter.com/zISQu2IcDV

He added that Ethereum (CRYPTO: ETH) is currently showing more strength than Bitcoin and a “clear confirmation” was that the cryptocurrency broke above the $4,100 level.

#Ethereum is showing more strength than #Bitcoin at this point.

A beautiful retest of that region around $3,500, which should be enough for this correction.

Cryptocurrency analyst Benjamin Cowen noted on his YouTube channel that Bitcoin closed another week below the bull mark support band and he doubted whether the apex cryptocurrency will have a “parabolic” first quarter.

“If we get that breakout to the upside and we can break above $53k, then full steam ahead,” Cowen added.

Pentoshi, a closely-followed pseudonymous cryptocurrency trader with over 452,000 Twitter followers, said he will be “macro bearish” until Bitcoin reclaims the $58,000 to $60,000 range, but will be bullish at local areas.

You can be long locally and be bearish

Bc you trade off IF x happens then x = like result

Yes. I will long logical areas in a downtrend. I will be macro bearish until 58-60k reclaim. And bullish at local areas.

Learn to tell the difference. Trade the levels https://t.co/vgoKfnNbAm

Altcoin Sherpa, a pseudonymous cryptocurrency analyst who has over 162,000 followers on Twitter, said he believes Bitcoin has likely found a “relative bottom” and the apex cryptocurrency could see price action similar to summer 2021.

$BTC: Very quick thoughts on #Bitcoin, I do believe the relative bottom is in. We could see a quick wick down below the lows but I think that we see price action similar to summer 2021. pic.twitter.com/3eBvPdazy1