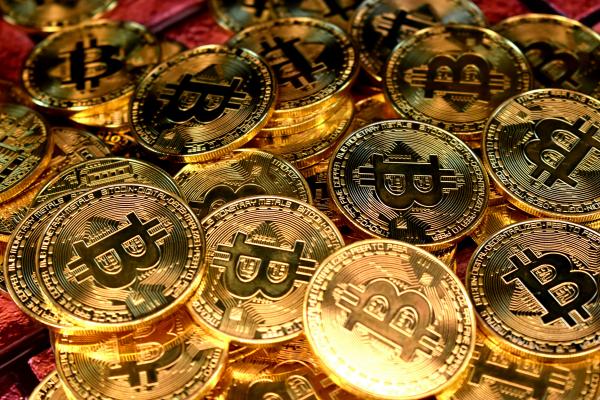 To celebrate the 13th birthday of Bitcoin, here are 13 fun facts about the cryptocurrency.

First Purchase: On May 22, 2010, history was made when Laszlo Hanyecz paid 10,000 Bitcoin for two pizzas from Papa John’s International (NASDAQ:PZZA). The purchase of the two pizzas became the first goods transacted with Bitcoin.

The pizzas cost around $41 at the time. The Bitcoin used to purchase the pizzas would be worth over $460 million today, based on the current price of the cryptocurrency. May 22 is celebrated as Bitcoin Pizza Day every year.

Ethereum Co-Founder Ties To Bitcoin: Vitalik Buterin, one of the co-founders of Ethereum (CRYPTO: ETH), took a side job in 2011 working for Bitcoin Weekly. As a writer, Buterin was paid 5 Bitcoin for each article written. Later that year, Buterin founded Bitcoin Magazine, where he was the lead writer.

Buterin launched the white paper for Ethereum in late 2013 and officially launched the cryptocurrency on July 30, 2015.

Related Link: How To Buy Bitcoin

Expensive Missing Wallet: James Howells threw out a hard drive in 2013 that contained his digital wallet. The wallet contained 7,500 Bitcoins. Howells, who lives in Wales, is trying to get the local city council to allow him to excavate the landfill in a last ditch effort to find the hard drive containing the Bitcoin.

Howells has offered a portion of the proceeds to the city if they allow him the chance to search. The Bitcoin lost are worth over $350 million at the time of writing.

Satoshi Nakamoto Still Anonymous?: Trending on the birthday of Bitcoin on Twitter Inc (NYSE:TWTR) is “Satoshi Nakamoto,” who is the anonymous creator of Bitcoin. The recent court case of Kleiman v Wright helped lend claim that Craig Wright is Satoshi Nakamoto. Wright argued that he created Bitcoin, but many in the cryptocurrency community doubt the claim.

Tesla Inc (NASDAQ:TSLA) CEO Elon Musk recently supported the theory that computer scientist Nick Szabo created Bitcoin. Szabo is one of a dozen or so names along with Wright that regularly get thrown out as the potential creators of Bitcoin. Nakamoto holds between 750,000 and 1,100,000 Bitcoin according to reports.

Bitcoin White Paper: Before the official genesis mint of Bitcoin, there was the idea of the concept that became the cryptocurrency. On Oct. 31, 2008, Satoshi Nakamoto released the whitepaper called “Bitcoin: A Peer-to-Peer Electronic Cash System.” The whitepaper laid out themes like timestamped transactions, proof-of-work, privacy and a simplified payment verification method.

“A purely peer-to-peer version of electronic cash would allow online payments to be sent directly from one party to another without going through a financial institution,” the opening sentence of the whitepaper read. Satoshi’s whitepaper is considered required reading for anyone in the cryptocurrency space.

Nakamoto Statue: Despite Nakamoto being anonymous, a statue was created to honor the Bitcoin founder and unveiled in September 2021. The Satoshi Nakamoto statue can be found in Graphisof Park, located in Budapest, Hungary. The statue features Satoshi wearing a hoodie with the Bitcoin logo on its chest. The Nakamoto statue is free to visit and open 24 hours a day. The group behind the sculpture accepts donations made to their crypto wallets to increase PR for the project.

“The statue is made of bronze, the face is made of a special bronze-aluminum composite, thus every visitor can see their own face when looking at Satoshi. We are all Satoshi,” the statue’s website reads.

Coinbase Creation: Without the launch of Bitcoin and other cryptocurrencies, many public companies of today that mine cryptocurrency or act as trading platforms might not exist. One of the companies that owes a lot to the creation of Bitcoin is Coinbase Global Inc (NASDAQ:COIN).

Coinbase founder Brian Armstrong said he started the process of creating Coinbase after reading the Satoshi Nakamoto Bitcoin whitepaper. Armstrong then started coding an early prototype of Coinbase on nights and weekends. Armstrong and many early Coinbase employees opted to be paid a portion of their salary in Bitcoin.

Bitcoin as Currency: One of the biggest cryptocurrency stories of 2021 was the announcement by El Salvador that Bitcoin would become an official currency of the country. El Salvador President Nayib Bukele announced in September that the country purchased 200 Bitcoins and would buy more. The country was the first to adopt Bitcoin as legal tender and as of Dec. 21, 2021, El Salvador held 1,391 Bitcoin.

Bitcoin Unit Named After Founder: The smallest unit of Bitcoin is called a Satoshi, in reference to the anonymous creator of the cryptocurrency. One Satoshi is equal to 100 millionth of a Bitcoin. The smaller unit size and name is used to help with smaller transactions.

Limited Supply: Nearly 19 million Bitcoin have been mined, as of the time of writing. Bitcoin comes with a limited supply of 21 million. After the 21 million Bitcoin are mined, no more will be able to be accumulated through the mining method, leaving only the existing Bitcoin to be bought and sold.

Estimates call for the last Bitcoin to be mined in 2140, but that number could fluctuate as a rising price of Bitcoin has led more companies to get into Bitcoin mining. Bitcoin undergoes a halving every 210,000 blocks, which limits the number of Bitcoin rewarded for mining the cryptocurrency.

Related Link: Did Henry Ford Predict The Rise Of Bitcoin?

Bitcoin ranks eighth by market capitalization among all cryptocurrencies and publicly traded companies according to Assetdash. Bitcoin is worth more than Berkshire Hathaway Inc (NYSE:BRKA)(NYSE:BRKB), founded by Warrant Buffett, who once referred to the cryptocurrency as “rat poison.”

BuzzFeed To Use ChatGPT Parent Tech For Content, Quizzes